Weekly poll results: the Redmi Note 8 Pro is off to a rocky start, the Note 8 fares worse

While Xiaomi is normally in tune with its fans, last week’s poll shows that the new Redmi Note phones may be a rare misstep. The Redmi Note 8 Pro received an overall positive score with most votes being in favor of the phone. Still almost as many people said they will look at different models. What went wrong? 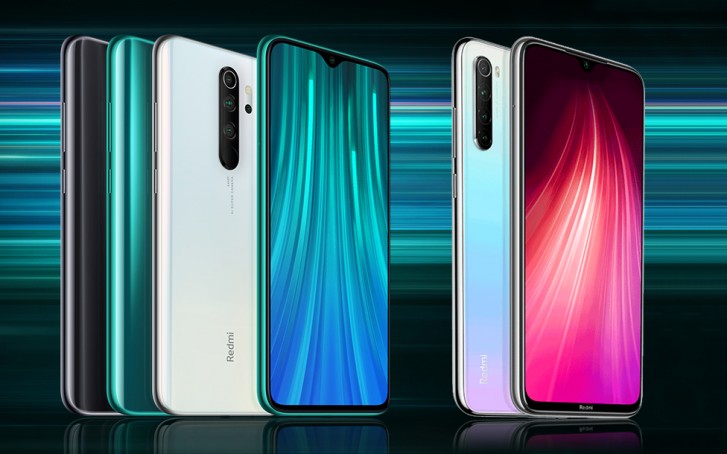 The choice of the MediaTek Helio G90T was by far the most common complaint. It’s a powerful chip, but many brought up bad past experiences with MediaTek. Some were concerned about the availability of custom ROMs and the ability to install a modded version of Google’s camera app. To be fair, custom ROMs and GCam ports do exist for Helio chipsets.

Another point against the phone was the LCD screen. It seems that people have come to expect an OLED for the more premium models like the Redmi Note 8 Pro. 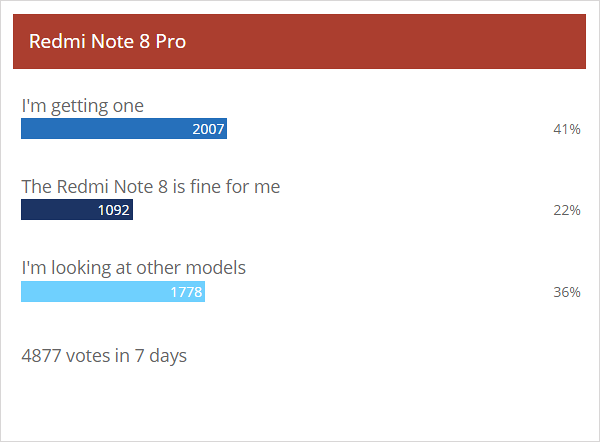 The Redmi Note 8 did quite poorly in the poll with nearly half of votes saying the Pro is the better model. In fact, most voters were against the Note 8, saying they would rather look for a different model. For what it’s worth, it does use a Snapdragon chipset, but the 665 just isn’t terribly exciting.

The first batch of Redmi Note 8 Pro was snatched up quite quickly - 300,000 units were gone in the first day of sales, so there may be hope for this phone yet.

I am pretty sure you don't even own a Xiaomi device.

GIVE IT A REST.. Hate it when people say stuff they don't know about MediaTek when in reality, the only big difference between MediaTek and Snapdragon currently is Custom ROM support, snapdragon has better custom ROM support and that is all. If ...

dont buy anything with mediatek........ when i bought realme 6 , pubg run the smoothest but after 3 months realme 5 pro with sd712 run way better and latency free than the newer version ......... thats the difference between snapdragon and pathetic m...