Weekly poll results: Xiaomi Mi 11 gets mostly warm reception, but many are waiting for the Pro

You get a lot of attention for being first and in the case of the Xiaomi Mi 11 it is positive attention. Nearly half the voters in last week’s poll would buy one if the phone gets good reviews. Even without reviews, 24% are feeling optimistic about the phone and will buy one as soon as it one is available near them.

Those waiting on the reviews are curious about the chipset – the Snapdragon 888 may be the first chip with ARM’s power core, the Cortex-X1, but some are concerned about sustained performance. The phone topped the AnTuTu charts, for what that's worth. 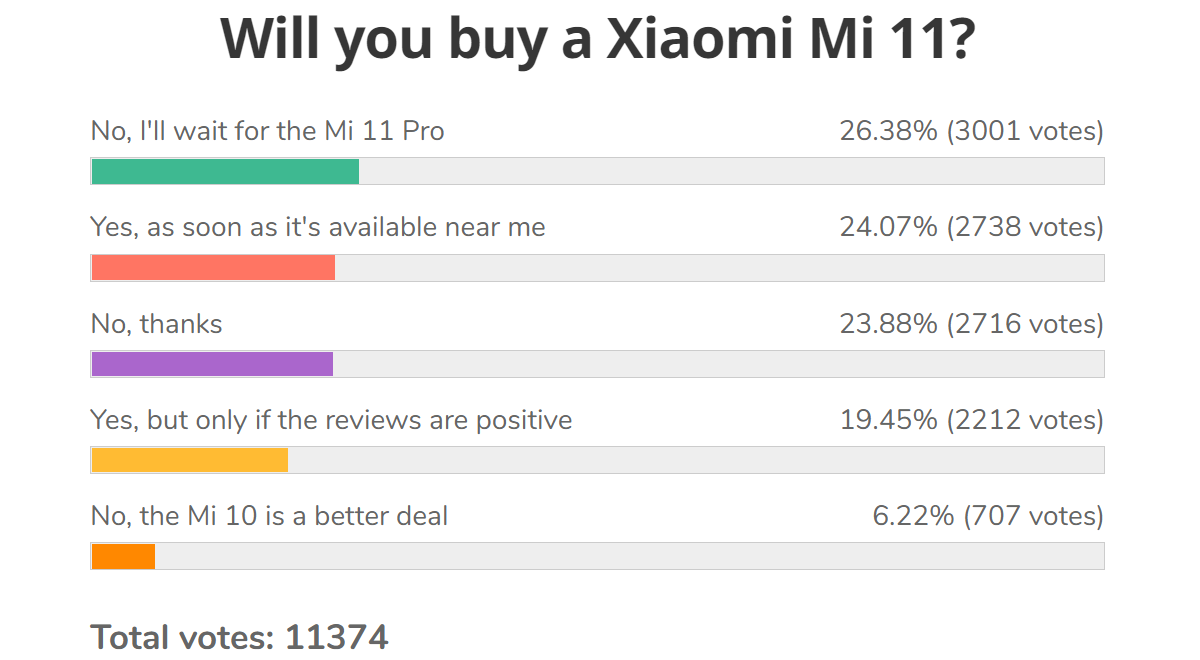 Another complaint is that the Mi 11 is too big as Xiaomi upped the screen size to 6.81” (from 6.67” on the Mi 10). A version with a smaller flat screen would be of interest to some. This week we did hear about the M 11 Lite, which will have a flat screen, but we don’t know how small (or big) it will be.

The most popular option in the poll was to sit and wait for the Mi 11 Pro for one reason – zoom. A 108 MP sensor can get you pretty far with digital zoom, but there is no replacement for proper optics. From leaks we know that it will have a periscope telephoto and perhaps a 2x or 3x telephoto lens. The Pro is expected to arrive next month.

As for last year’s Mi 10 - that wasn’t very popular, even if it's cheaper. Many commenters are more excited about upcoming Redmi phones, even more so than Mi flagships. Also, Xiaomi’s charger switcheroo doesn’t seem to have annoyed people much (there’s no charger in the box, but the company will send you one for free). 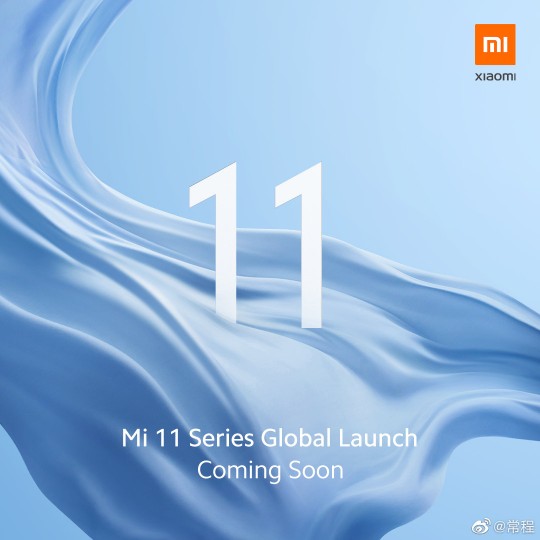 The Xiaomi Mi 11 already went through two flash sales in China. The company VP posted a the teaser image above to assure fans that the global version will be here soon too.

My feeling is that when the curved screen came for the first time it was novelty for us. I personally loved it but then with time got bored. The next phone was a flat screen and kept alternating . So the bottom line is that I found them both to be gr...

People love to critisize. It amazing how many people know so much about a product they have never even seen, let alone used 🙄

What makes you prefer a flat screen out of interest.? I nearly didn't buy my Mi10 because there are so many negative comments about curved screens on here, though I've yet to find any disadvantages. I expect when I have to repla...