The Xiaomi Mi Note 10 is the first smartphone in the world to bring a 108MP camera – that’s 13 times the resolution of a 4K TV! It's also the first phone to offer five different focal lengths, something the Nokia 9 PureView (the first penta camera phone) could not manage.

And yet this is a mid-range phone – the Snapdragon 730G is a solid performer, but certainly not at a flagship level. It limits video capture to 30fps at 2160p resolution and is hooked up to a modest 6GB of RAM and 128GB of storage (not even UFS 3.0, but 2.1 instead). 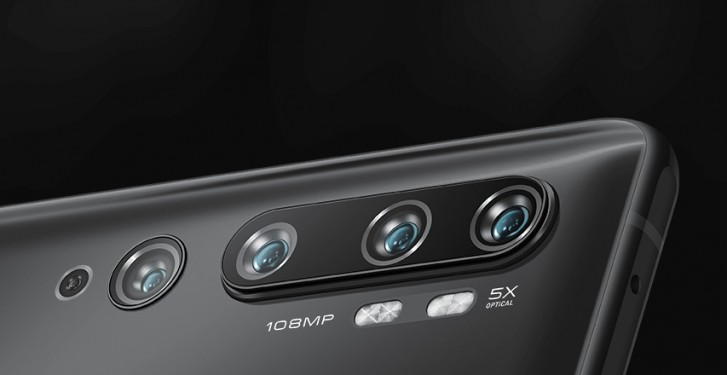 Maybe we should clear things up. The Mi Note 10 is the global version of the phone. The Pro model will launch a month later and offer 8GB of RAM and 256GB storage, along with a slightly different lens for the 108MP camera. The Chinese equivalents of those are Mi CC9 Pro and Mi CC9 Pro Premium Edition, respectively.

Back to the cameras, this is the first smartphone to have two different telephoto cameras – the 2x unit with a 50mm lens is perfect for portraits and the 5x zoom cam. In fact, you get a total of four different focal lengths, going from ultrawide, wide, 2x and 5x zoom.

The camera offers amazing versatility, despite the phone’s mid-range status. It competitive with flagships in terms of photography - our review has more details and plenty of camera samples.

The video output of the four cameras isn’t terribly impressive, but quite reasonable given the phone’s price point (note: the macro cam can’t shoot video, but the ultrawide cam has a video macro mode).

The screen on the Xiaomi Mi Note 10 is a 6.47” AMOLED panel, slightly larger than, say, the Redmi K20 phones. It has 1080p+ resolution, same as them (actually, the aspect ratio is slightly taller because of the notch).

It supports HDR10 and can cover the DCI-P3 color space (depending on the screen setting you pick). The display is fairly bright for daytime use and also features a TUV-certified night mode. Really, the only two (potential) strikes against it are its curved sides and the lack of a 90Hz mode.

That won’t bother some as there are flat screen adherents and a 90Hz refresh rate puts a strain on the battery. Speaking of, the 5,260mAh power cell posted a solid (though not great) result in our battery test. The 30W fast charge needs just over an hour for a full charge (in 30 minutes it can do 0-57%).

Xiaomi may be slightly mad – it built a phone in 2019 that has a 3.5mm headphone jack and an IR blaster. Who does that anymore? Joking aside, we appreciate the effort.

That’s OnePlus 7T kind of money and €150 more than a Mi 9T Pro or a Realme X2 Pro (these three have a Snapdragon 855 or 855+ chipset). It comes down to this – would you rather have a flagship chipset or a one of a kind camera?

There's the GSMA video review of the camera: https://youtu.be/v2Xs-aIpscA Or you can jump to: 5. Camera: hardware and software: https://m.gsmarena.com/xiaomi_mi_note_10-review-2020p5.php

Read, quote the whole sentence/ paragraph: "Xiaomi may be slightly mad – it built a phone in 2019 that has a 3.5mm headphone jack and an IR blaster. Who does that anymore? Joking aside, we appreciate the effort.".

This is a must have phone great price great camera, great battery and a good enough specs.