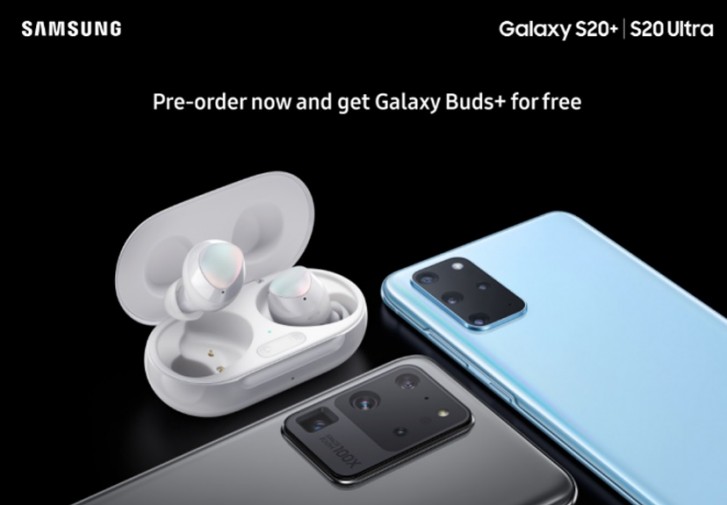 The report suggests that the Galaxy Z Flip will officially launch on February 14 for $1,400. There’s also possibility that it would remain an AT&T exclusive, though it isn’t clear if only for a period of time or indefinitely. Otherwise, an unlocked variant of the flip phone is expected to become available.

Just head from a new source:
Samsung's Galaxy Z Flip will likely launch on February 14th. It retails at $1400. It's possible it is an AT&T exclusive again, but this time it might be a timed exclusive. It will also be available unlocked.

Next, the Samsung Galaxy S20, S20+, and S20 Ultra are “likely” to be available on March 6, the first Friday of the month. The S20 Ultra is slated to cost $1,300. All three Galaxy S20 models should be rated for IP68 water resistance (5M) and come pre-installed with screen protectors from the factory.

As expected, the phones have preinstalled screen protectors.

Finally, Samsung’s Galaxy Buds+ are expected to arrive next month. The new-generation Buds will offer double the battery life of the current Galaxy Buds (which run for about 6 hours per charge). The Buds+ will retail for $149 and will also offer improved “Adavptive Noise Isolation, not to be confused with noise cancellation.

Interestingly, the Galaxy Z Flip’s launch date is expected to fall on the same day as the new Motorola Razr flip phone. Pre-orders just went live today, exclusively at Verizon for a slightly higher price of $1,500. We’re eager to see which one comes out on top.

Renders by Giuseppe Spinelli via LetsGoDigital

Samsung are much expensive....I will buy the XIAOMi Mi 10 PRO 5G with 16 GB ram and 512 GB of rom and 108 Megapixels camera for the middle price

the Z Flip is rumoured to have a faster processor than the Razr, along with more RAM, more storage and a higher-resolution display too. Underpinning all this will be a larger battery, while the Z Flip may even run on a newer version of Android out of...