We doubt there is a single person here unfamiliar with Nokia's downfall, but there were lots of questions left hanging back then. Well, here comes a picture answering a few of them.

In the wake of Microsoft ditching Nokia's leftovers, we can now show you what could have been if Microsoft hadn't given up on the division.

This photo shows the scrapped Lumia 2020 slate (the green giant) - it was supposed to pack an 8.3" 1080 display with stylus support and run on Windows RT. 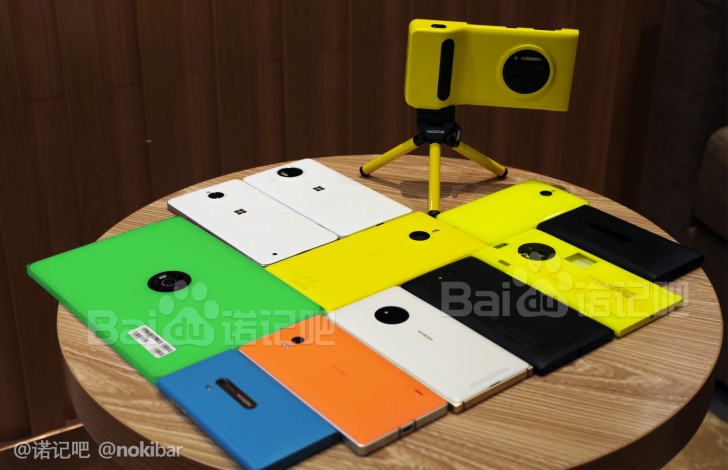 The white Windows phone next to the slate is the Lumia 650 XL which also never saw the light of day. It was rumored to bring a 5.4" 720p display, an upgrade over the 5" Lumia 650, but eventually it never did.

The big yellow phone in the middle is most likely a prototype for a planned Nokia XL Android-powered successor probably the Nokia XL 2.

The rest of the devices are released Lumia smartphones, though some of those may have been early prototypes and thus the reason for some small differences.

Microsoft is closing the Nokia chapter and will be focusing on another type of device rumored to be a category innovating. Maybe it's the long-rumored Surface Phone, maybe not.

Meanwhile phones and tablets with Nokia branding will be coming back soon, though Nokia will be delegating much of the design and production to Foxconn. So this picture here probably contains the last of the true Nokia devices which for better or worse didn't make it to the market.

:))). Still a lot sayd, but nothing that matters. Listen here: First read what people tell you, then come and contradict them! Just cause, you repeted your self on things i already prove you're wrong... Smartpants;). Why? Cause it does not matter how...