WhatsApp introduced picture-in-picture mode for its iOS users previously and now the feature has arrived to Android as well. The Beta version is already letting you play third-party videos from major platforms like YouTube, Facebook, and Instagram in a floating window while scrolling up or down the chats. 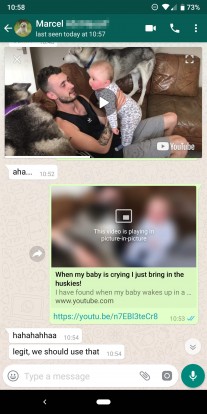 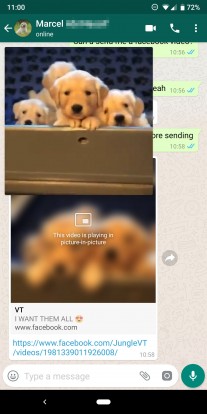 According to Android Police who first spotted the new feature, not all videos act the same. For example, Twitter still opens in a new window, while videos shared directly over WhatsApp play inside the platform.

Not only this, but since it is still in Beta v2.18.301, only users on the program can benefit from the feature, but at least you can join anytime. There’s also the option to download the app from APK Mirror.

it had been while that iOS has that feature. PIP

it had been while that iOS has that feature. PIP