Verizon has officially announced that a white version of the Motorola DROID RAZR will hit shelves in time for the holiday season. 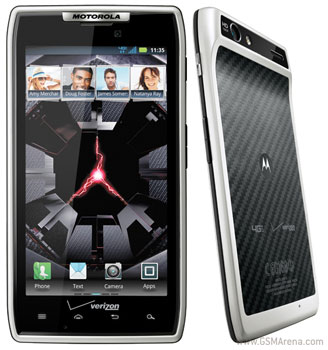 Besides the color of the frame, nothing has really changed in the smartphone hardware. It features the same 4.3-inch Super AMOLED Advanced screen, a dual-core 1.2 GHz Cortex-A9 processor and 1GB of RAM as its black sibling.

Verizon remains mum about the exact release date of the white RAZR, but the carrier said that users should expect it by the end of the month. The smartphone will cost you $299.99 with a new two-year contract.

I love the looks,but it has to b able to give out an internet connection in my country (Uganda),because the black one doesn't perform it due to the network weaknesses, so please work on that as you have worked on its appearance