If you've ordered the 16GB version of the white Google Nexus 4 in the past couple of days, you may have received a notification that your order is being intercepted and returned to sender. 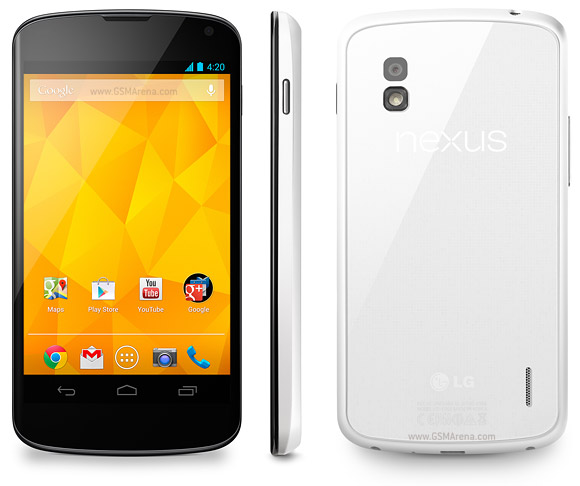 No word on what the cause could be, and the only information from Google at this point is that it is aware of the issue.

The Google Nexus 4 in white was announced on May 28, and became available on Google Play a few days later. The listing currently has the 16 GB version as being out of stock, while the 8 GB model is unaffected.

We'll be sure to update you on what the cause for the delay is when we know more, but feel free to take a look at our hands-on while you wait.

We will upload that request to santa around christmas,till then keep looking up the chimney!!!

OMG, better buy a camera, a phone and a laptop to fulfill your requirement.

Ever heard of the Samsung Galaxy S4? Rectangular phone with rounded corners. http://www.gsmarena.com/samsung_i9500_galaxy_s4-5125.php