AT&T and Samsung just announced that a white version of the 4G LTE Samsung Galaxy S II Skyrocket is to make its way to the stores for the holiday season. This is a great opportunity if you want to get your hands on the 4G monster, but black is just a tad too serious for your liking. 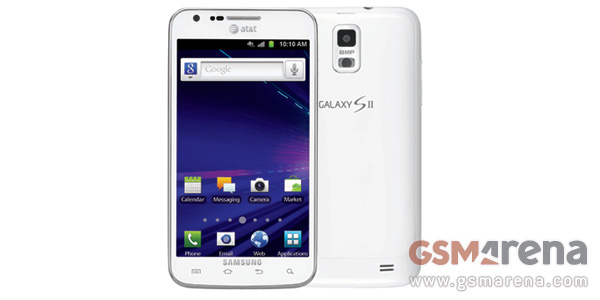 Underneath the white shell, the Galaxy S II Skyrocket is the same as its black-suited twin, featuring a 4.5-inch Super AMOLED Plus display, 1.5GHz dual-core CPU and a gig of RAM. Here are some official photos for you to look at.

The price for the Skyrocket remains the same, as before - $250 with a two-year contract on AT&T's new and fresh 4G LTE network. Expect the device to show up on December 4, but you are more than welcome to check out our review while waiting.

it's too bad you haven't read the spec sheet on this device. You can download codecs at will and though I am a fan of high res audio files, they are too far and in between to find for downloading.this is an incredible device.