White Xiaomi Mi Mix could be unveiled at CES 2017

The white colored variant of the Xiaomi Mi Mix, which first leaked back in November last year, could be officially unveiled at this year's Consumer Electronics Show (CES). Or at least that's what a recently outed teaser would have us believe. 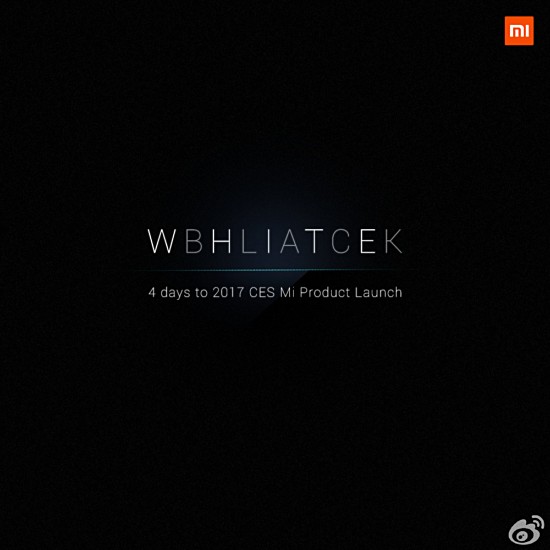 While the teaser itself doesn't explicitly say anything, the word WHITE is mixed with BLACK (WBHLIATCEK) and the mention of CES 2017 seems like a clear hint. In case you aren't aware, the Mi Mix is currently only available in black color.

It's worth mentioning that the white variant was recently spotted at a Chinese online store as well, although it wasn't up on sale then.