Yesterday's event in London was a busy one for Huawei. The company announced 4 phones, a smartwatch, a smartband and a new memory card standard dubbed Nano Memory card (NM).

Huawei's Mate 20 and Mate 20 Pro both come with the new standard to replace the microSD card. And it's a move that will cause plenty of inconvenience without any significant gains in the long term. 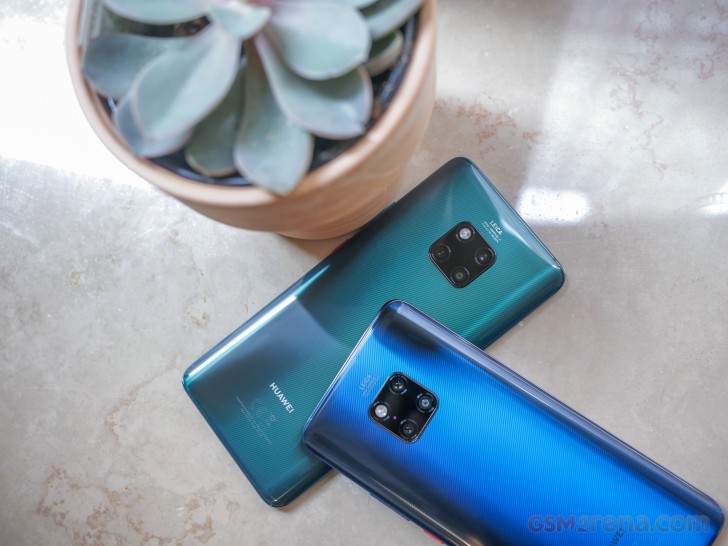 The new cards were only announced alongside the phones and Huawei confirmed that it has collaborated with Toshiba, which promised to build them. But with the standard not coming before the launch Toshiba has quite a lot of catching up to do.

So while the phones are already available for pre-order and will ship in a week or so, the new cards are impossible to find anywhere. Just like every new standard, it will take some for them to reach the market.

Huawei promised they'll come in sizes up to 256GB, but it's unclear if the largest NM cards will be available from the start (whenever that is) or the standard will take even more time to get there. In comparison the microSD cards have already reached 512GB and you can actually buy those in stores.

Then there's the thing of a sole manufacturer and limited demand - a couple of factors that will inevitably drive the price up. So even if you do manage to find them eventually the NM cards are likely to cost way more than the microSD ones of similar capacity. 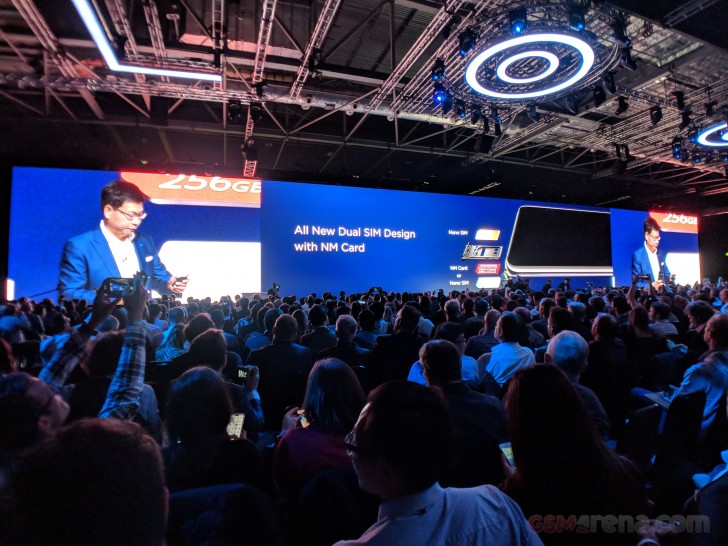 And while those issues are present with every new standard, in this particular case we just don't see what we stand to gain by suffering through the whole transition.

There's just no new tech in there - the NM cards aren't faster and cap at 256GB. They are 45% smaller than the microSD cards, but the trays and wiring inside the phone is what takes more of the space anyway so the net volume gain that manufacturers get to use on other hardware will be minuscule.

The upside is that NM cards perfectly fit in the second SIM card slot so you can either go with two SIMs or a SIM + NM card combo. But then even today smartphones offer the same dual slots.

There are no detailed specs at the moment, but the presentation slide revealed that the new cards support read speeds of 90 MB/s. Compare that to the top end microSD cards that go close to 300MB/s read and up to 100MB/s for writing. 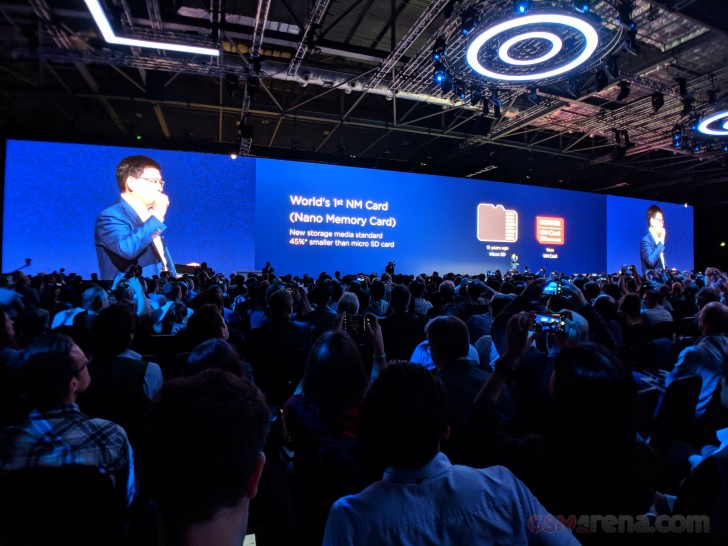 This all means that in the short term the Huawei Mate 20 lineup won't have a memory expansion option even though the company advertises it. And once the cards roll around they might be prohibitively priced so purchasing them wouldn't make too much sense.

Looking at the bigger picture, if Huawei and Toshiba do manage to convince the SD Association to approve the standard and if other makers adopt it we might gain even better phones at the same volume. Those are both big ifs though and even if all goes smoothly it will take years before the new standard is ready to replace the microSD for all its applications. Perhaps we'll have a completely different view on this topic when the Mate 40 rolls around then?

I've just run the update and now discover the same issue - card is not recognized anymore! I have ordered a nm card reader online to at least get my data off that card in time to buy a new one from Huawei. Guess their anti-competition strategy w...

My Mate 20 has decided not to recognise the NM card. I think it was after the latest core update, although there were other issues with my data provider at the time so I can't be certain that is the cause. Apparently it is not a genuine Huawei c...

where is the huawei compatibility list ? I have a Huawei nova4 with double sim , and i wonder if i can extend memory with a huawei ND card ?