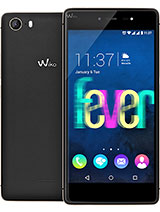 I had a problem with microusb port, so the phone couldt charge and got dead.
Wiko change the mainboard on 2 weeks..

AnonD-622425, 19 Dec 2016I had a lot of Android mobile phones before (other brands). Wiko Fever 4G - Price/quality the ... moreBought one this year, but is given me problems, can't touch the screen, half of the screen is not working

I had a lot of Android mobile phones before (other brands). Wiko Fever 4G - Price/quality the best I bought. Long Life Battery , Very Fast, smooth , light and big enough, very good LCD resolution. Marshmallow is fantastic ! It runs better than Lollipop. I don´t even remember last time I had to reboot the smartphone. Buy IT ! Wont regret !!!

It is a good phone don't upgrade to marshmallow!! it very slow

I bought my Wiko Fever 3 months ago.
About a month ago it started to give me problems, it would shut down and I couldn't turn it on again, only after a few hours.
The battery would go low very fast!! And last night it turned off and till now it's still off. I tried everything and it doesn't turn on.
I'm going to take it to warranty, but in my opinion, don't buy it.. it's a waste of money.

Don't even buy this crap. The battery sometimes decides to discharge even while being charged. It decides to send my SMS messages in chinese without reason. And finally after a few month it died withoud reason. (It's not fakephone etc. it's "original" wiko. I bought it when I was in France from a big store) Total crap !

My wiko fever doesn't glow in the dark, I was wondering if there was any way to activate it? Because I've had the phone for about 5 months now and I don't know what to do about it.

AnonD-575703, 23 Aug 2016Hello I'm ayub I am from kenya, I bought this wiko fever one month ago fro and I bought it fr... moreYou must have bought a fake one. The real Wiko Fever is pretty awesome. Battery last for, at least, 12 hours.

with the new Marshmallow update, everything is pretty cool and smooth. No more hanging up.

I downloaded the latest wiko update and when installing came up the error message and it went to the android system recovery menu and never managed to work again. Now I have to use the guaranty to get a new phone :/

ur mom, 20 Jul 2016yes it's worth to buy this good price good camera the only problem is that it doesn have the m... moreIt does now though

Hello I'm ayub I am from kenya, I bought this wiko fever one month ago fro and I bought it from wiko agent, is real fake is only one month is hanging can't use it, going battery low even when is connect to the changer, guys this is waste of money is fake phone.

Ummm, Lenovo K5 has less power on the battery.... Very happy with this phone.

mr.someone, 12 Jul 2016Im thinking of buying wiko fever..what do u guyz think?..please give me some comment about thi... moreyes it's worth to buy this good price good camera the only problem is that it doesn have the marshmallow update

mr.someone, 12 Jul 2016Im thinking of buying wiko fever..what do u guyz think?..please give me some comment about thi... moreCheck the battery, not very much mAh, but also LiPo... It's better tot take the Lenovo K5

Just now go try on all demo set sold in my country, all set is laggy even on normal swiping from home screen to setting menu.
Everything else is laggy.
Then, not all model are equip with 4G and fingerprint scanner. I consider both are mandatory feature for me.
For all model with similar price range, Meizu, Lenovo, Huawei, Xiaomi, ZTE, Alcatel, ASUS all perform much better than this, given also using MT6753 processor, or much powerful processor.
Build quality is a joke, worse than a comparable Lenovo and Meizu.
All in all, try avoid this brand at all cost.
Not try to bash this brand, but I shop around the all smartphone booth at whole shopping mall with various brand, this is the least desirable phone.
Around the comparable price, Alcatel Flash Plus 2, and ZTE Blade A711 are the best among the choice.

Im thinking of buying wiko fever..what do u guyz think?..please give me some comment about this phone..