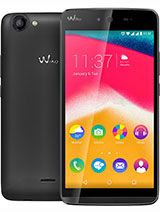 Have one with 16GB storage and got it as a demonstrator with about half price. And I'm really satisfied. I'm not a gamer so the overall performance is really OK for me.

I really like the phone. I did not really have issues with it. However, My phone won't charge sometimes. Even when it is in the charger. (Maybe it is only me). But still i recommend it.

enjoying the phone so far,but please am very critical about the longitivity of your batteries

Can I text with chinese input using Wiko Rainbow such as pinyin ?

Good bang for the buck.

You can choose to save stuff by default to the SD card.

An excellent phone and OS (considering the price I payed for it).

it doesn't have gyro

This phone also have a compass and light sensor.

Why is the rotation isn't working properly this is not cool

the phone is awesome

AnonD-465705, 14 Nov 2015I bought this phone for my mother, it's a very nice starter phone. Android 5.1 is installed, ... moreAn excellent phone With this price ...
Thé problem is the 8mp camera un the darkness ... Si bas but if works perfecly in a medium luminosity .. And i liked toi much thé front facing camera with thé wideselfie mod .. A great phone with this price

Martin, 01 Feb 2016Two weeks ago I received an OTA firmware update for the phone. After that, the battery consump... moreWhen the battery ist under 30% update not do ok you must be update again but your battery over 30%

I wrote about my rather frustrating experience with my first phone below. After that I have returned it and received a completely new phone (under warranty). I do not know what exactly are the differences in terms of hardware/software, but the new Wiko works perfectly (as it should)! No sudden battery drops (lasting 3-4 days with a fair wifi use, using two SIMs and an 8GB SD card), wifi is stable and apps run smooth. Finally I have a phone I wanted!

Hey, i have one question. Is in this phone possibility to move apps into sd card?

i just got mine , well it's budget phone , but it have few cons
Even with 1GB Ram sometimes it becomes buggy
Camera is so slow and not that 8MP as i expected

Two weeks ago I received an OTA firmware update for the phone. After that, the battery consumption has been higher, but also no unexpected dischargers.
This, and other observations I had, leads me to believe the battery level was reported incorrectly in the old firmware, leading the user (and device) to believe that there was sufficient power left when in fact the battery was empty.

I now get 2-3 days of normal battery life, which corresponds with the previous 2-3 days when the phone would switch off.

i also experience problem on battery at the first moment i bought it, i charged it to 100 %but when i started downloading some apps it drop to 80 % within 20 minutes, why do they lied on us that it has capacity of 2500 while else it is 2000, so bad