Microsoft officially announced Windows 10 last September but it took until the end of last month to get more details about it and finally get to try it. Number 9 was skipped and Microsoft is wants us to believe that it's because an upgrade of such magnitude deserves a notable digit. We now have a unified platform that runs on phones, slates, and PCs, or so the PR materials go.

Actually things are a bit more complicated with Microsoft offering one version of Windows 10 for large devices (8+ inch screens) and another one for small devices (phones and small tablets). Chances are things will get even more complicated if ARM-based large slates are to arrive in the future, but that's beyond the point here.

What Microsoft has done is tailor the experience to the size class so you won't get a classic desktop with tiny icons on your small phone, and you won't have to waste any space when you get the more accurate mouse and keyboard combo at hand. The unification consists in many shared interfaces that should will make you feel at home as you switch between form factors. 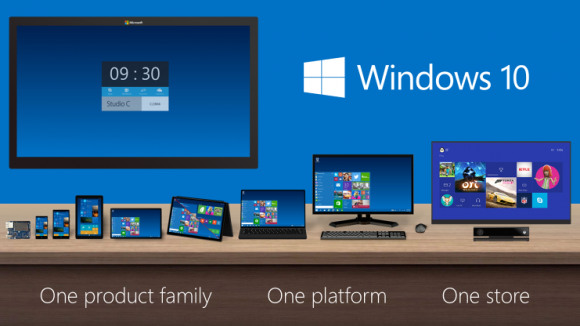 More importantly, much of the code inside the OS is shared across form factors and devices, which will allow developers to create apps that work everywhere, even on an Xbox. Microsoft itself led the way creating a unified People app working across all Windows 10 devices, shared Outlook app plus the mandatory Office package.

The Preview for Phones is currently available for Lumia 630, Lumia 635, Lumia 636, Lumia 638, Lumia 730 and Lumia 830. It will later be seeded to Insider program member with Lumia 1520, Lumia 930 and Lumia 1020. Microsoft has promised that by the time Windows 10 is ready for primetime, it will be compatible with all Windows 8-based Lumia smartphones, even if those with limited processing power might miss on some of the new features.

I agree wid u

yes you can but avoid bcoz it kills ur battery