Windows 10-powered Katana 01 to go on sale next week

A low-end, Windows 10-powered smartphone will be released next week. Dubbed Katana 01, the device is manufactured by Japan-based OEM Freetel, and will go on sale in the country on November 30. 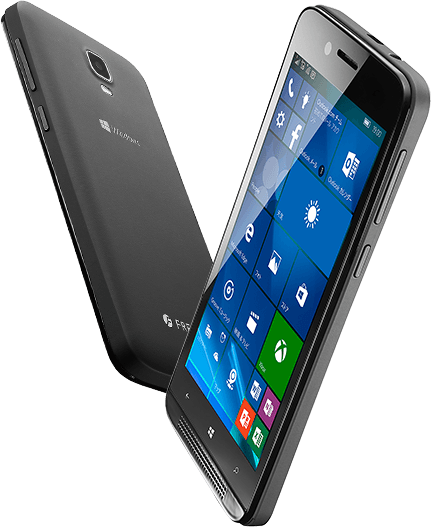 Specs-wise, the device is powered by a quad core 1.1GHz CPU, and sports a 4.5-inch (480 pixel resolution) display. It has 1GB RAM and 8GB internal memory (expandable up to 32GB via MicroSD card), and packs in a 1750mAh battery.

The Katana 01 features a 5MP camera on the back and a 2MP front shooter. As for the price, the dual-SIM supporting Katana 01 will carry a tag of JPY 12,800, which translates into around $105 at current exchange rates.

The successor to the handset, dubbed Katana 02, is also listed as 'coming soon' on Freetel's website. It's specifications include 5-inch (1280 x 720 pixel resolution) display, 2GB RAM, 16GB storage and 8MP camera but there's no saying when it will come out.

that's the whole point - it's a mature industry and the form factor is more or less the same. How different does each brand of tv loo? Oh, that's right - they all look the same.