Windows Phone 8.1 is expected to go official in April during the annual BUILD conference. Meanwhile, thanks to Microsoft's WP8.1 SDK, various screenshots and videos have gave us a taste of the upcoming update. 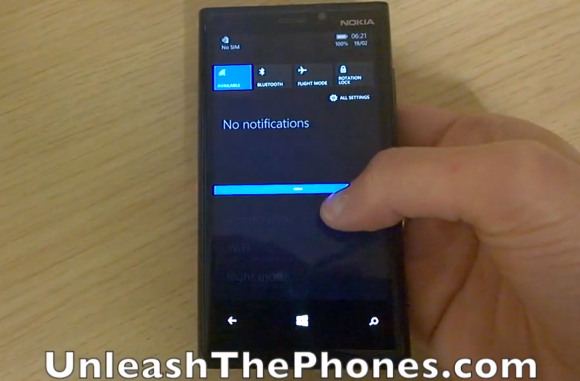 Today, after various leaked screenshots we finally get to see the Action Center in action in a live video. There aren't many surprises here, but then again there's no need to reinvent the wheel.

April isn't that far away, so it won't be long before we see the WP8.1 update go official.

Launch the new blue update asap but don't put any restrictions such as not applicable for phones with 512mb ram. ND plzz introduce file manager in windows phones for moving files so that we can handle both sd card memory nd phone memory as per our us...

When will windows make update to their mobile OS so that , media files can be downloaded? Bought Lumia 1520 for such a huge amount, but unable to download even one MP3 or video... SO sad