Windows Phone 8 gets detailed in a leaked video

Joe Belfiore, manager of the Windows Phone program at Microsoft, has revealed some tantalizing information about the upcoming Windows Phone 8 in a video that was meant for private eyes only. Unfortunately, we don't have the video but we do have all the information it contained, thanks to pocketnow.com. 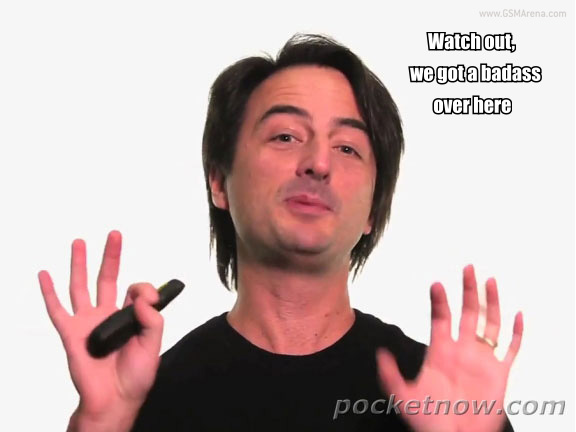 Windows Phone 8, codenamed Apollo, is the next major version of Microsoft's mobile operating system and is based on the Windows 8 kernel, unlike Windows Phone 7, which is based on Windows CE. Not only will the new mobile operating system will share a version number and UI with its desktop counterpart, it will also share the same ecosystem, along with the underlying code and components.

Thanks to this, applications designed for either platform can work on the other with only minor changes. Not only that, Windows Phone 8 will also be backward-compatible with all of the apps designed for Windows 7, which are expected to reach 100,000 by the time Windows 8 releases.

Microsoft will also be letting OEM's customize the camera app. There will be the basic Windows Phone camera app, which can then be overlaid by customization from the OEMs.

Lastly, Skype will finally be making an appearance on Windows Phone. It will remain a separate, optional app but once installed will provide much deeper integration compared to other platforms, to the point where regular and Skype calls will be indistinguishable.

Now moving on to the hardware, Windows Phone 8 will be bringing some much requested changes there as well. For starters, WP8 will have support for multi-core processors. Note that we say multi-core and not just dual or quad-core. It will also introduce support for three new resolutions, bringing the total to four (actual resolutions unknown at this point). As you may know, Tango is expected to reduce the hardware requirements of Windows Phone for it to run on lesser hardware. And now with Apollo, you can expect Windows Phone to run on a lot more hardware than before. Lastly, microSD card support will also be added.

Other new features include a new data management system, that will keep a track of your downloaded data to prevent 'Bill Shock'. This includes automatically switching to Wi-Fi when available to prevent cellular data use and also an Opera Mini-like data compression on the new Internet Explorer browser.

NFC (Near Field Communication) will also be fully integrated into the OS. Along with the usual file transferring, you will also be able to use it for making mobile payments with your phone.

For business users, Windows Phone 8 will offer full-device encryption with BitLocker, currently found on Microsoft's desktop operating system. Businesses will also be able to deploy applications to the devices privately without having to go through the Marketplace.

It seems that Windows Phone is slowly starting to catch up with Android and iOS in terms of features and in some cases even outpacing them. Now all it needs are those quality apps found on other platforms and a wider range of handsets and then there will be no stopping it.

This is awsumm... Apollo wud kill both Android and iOS in no time.. Hope MS doesn't make everyone wait and lose their interest in Windows phone

As a former Android and current iOS user I'm actually pleased to see Windows Phone coming along so well. It will keep everyone on their toes and the end users - ie customers - will benefit tremendously.

I think you hav'nt experienced Windows Phone, with Windows Phone you don't need widgets to see weather, time, date, facebook updates..etc, the tile will flip and will tell all the update. you don't even have to lauch the app. And about the app list, ...