In the space of just a couple of hours we saw the second major mobile OS announcement - Microsoft's Windows Phone 8. We've seen WP8 before, but today Joe Belfiore came on stage and showed us the whole thing in detail. 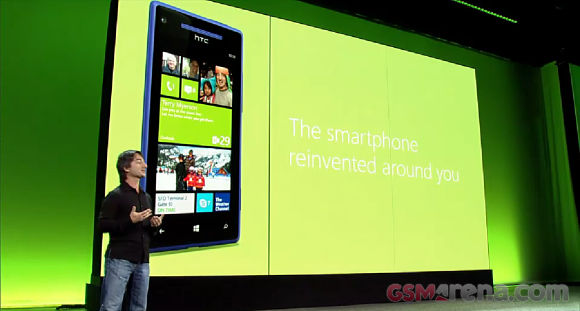 The new OS builds on the defining features of WP7 and adds a lot of new - sometimes unique - functionality. One of the first things that greets you is the new lockscreen, which shows photos and notifications from Facebook, but third-party devs can include info from their apps here too. 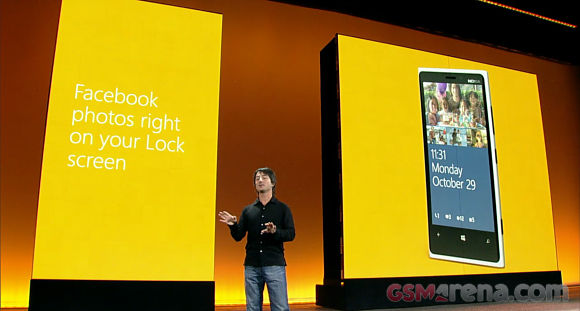 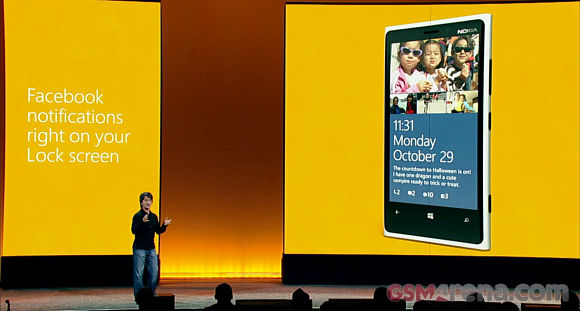 Speaking of apps, Belfiore made an important point - 46 of the 50 top apps on other platforms are on Windows Phone 8 and more are coming. That includes popular games and apps like Pandora, which will offer a year of ad-free music streaming on WP8. 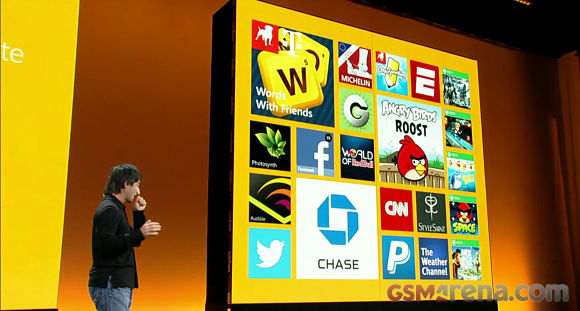 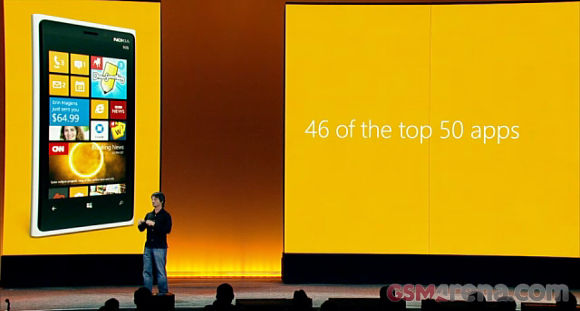 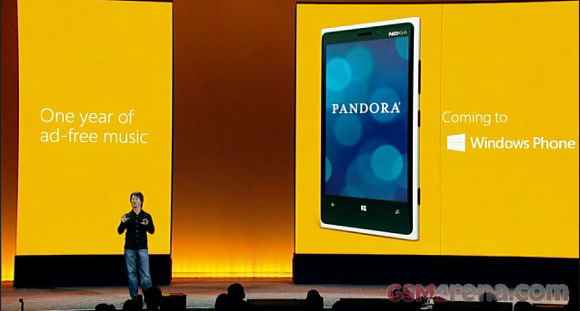 A newly introduced mobile data saving and managing feature is called Data Sense. It keeps track of which app used how much data but also compresses web pages as you open them in the browser, saving data (it's similar to Opera Mini and Nokia's Xpress Browser). It will also help you find Wi-Fi hotspots when your data plan is running low. 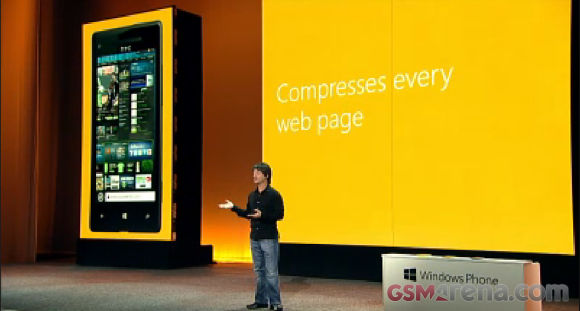 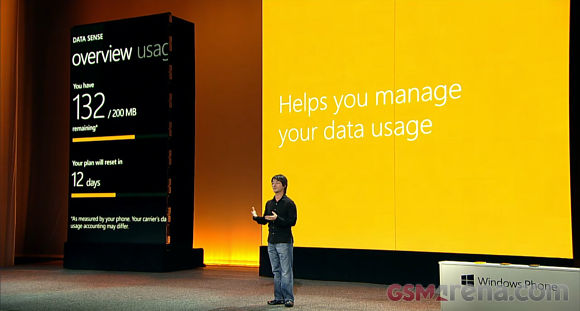 Kids' corner allows you to pick several apps (probably mostly games) and not worry about your kids accidentally doing something with your other apps. This point was illustrated by Jessica Alba who told about an unintended tweet posted by one of her kids. 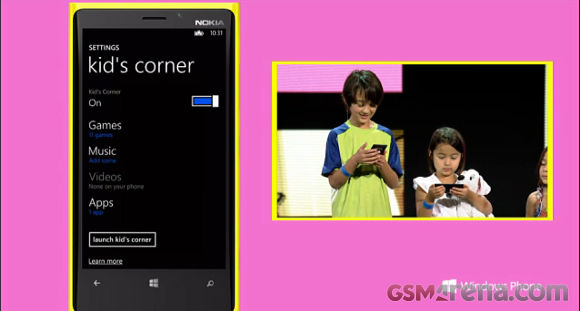 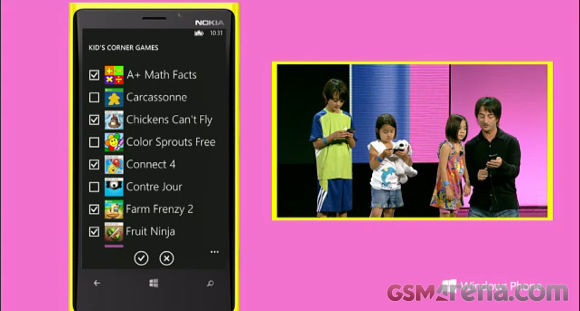 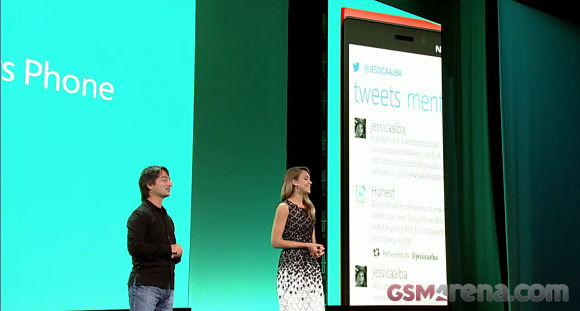 Rooms is a feature similar to Google Plus circles - it allows you to invite people into "rooms" where you can share updates, photos, to-do lists and more. Even people who don't have a Windows Phone 8 handset can join. 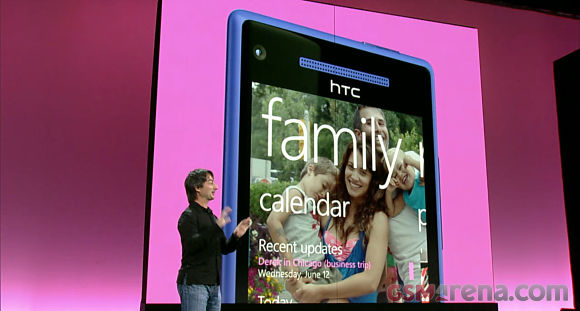 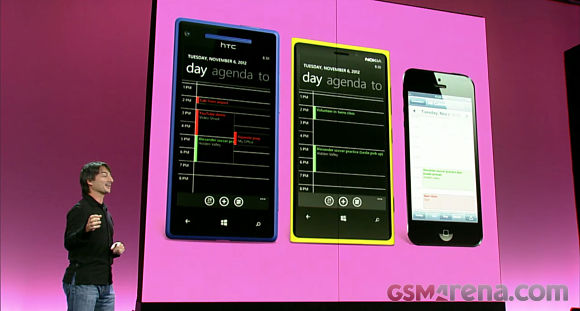 You can read more about these new Windows Phone 8 features along with many others in our WP8 review. 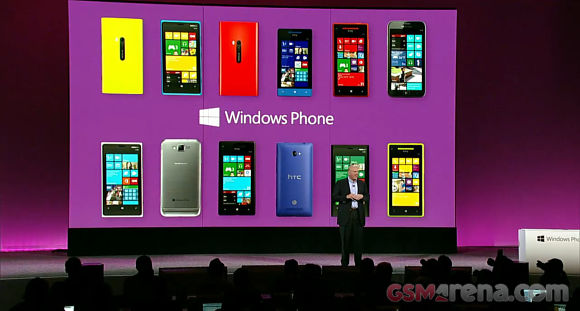 Now for the hardware. Steve Ballmer came on stage and showed his phone but also the flagships from Nokia, Samsung and HTC. In the US, Verizon, AT&T and T-Mobile will carry WP8 phones with a yet-unannounced Samsung ATIV Odyssey (along with the Nokia Lumia 822 and HTC Windows Phone 8X) coming to Verizon by Thanksgiving. 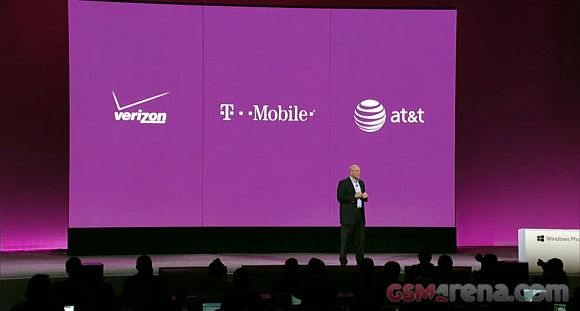 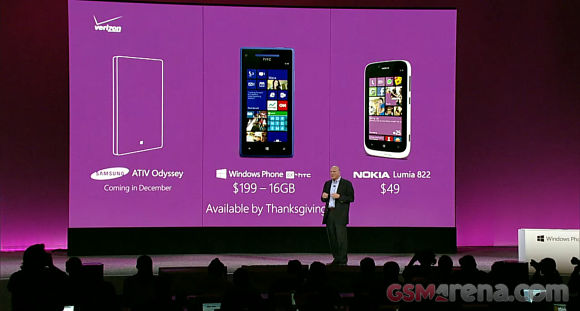 The Lumia 810 and HTC 8X will hit T-Mobile in a couple of weeks. Also in November, AT&T will launch the Lumia 920, 820 and HTC 8X. Windows Phone 8 handsets will be available through carrier and maker stores and all of them will be available from Microsoft's own stores. 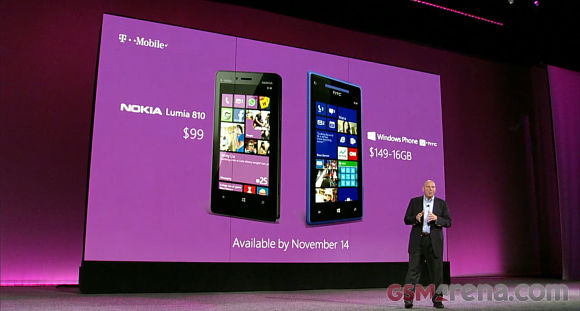 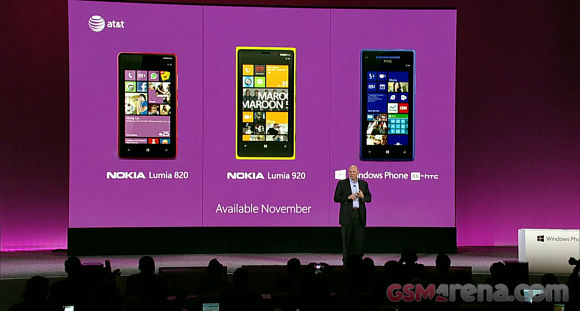 This is a global launch, not just for the US and as it turns out Windows Phone 8 will hit Europe even sooner - WP8 phones will be available by this weekend. 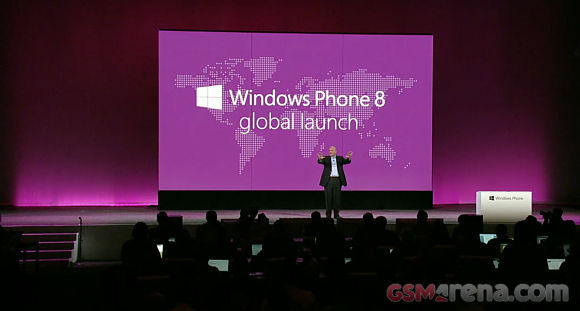 By the way, if you didn't watch the event live, you can watch the recording over here.