Windows Phone OS is now officially part of the major league, folks. The Marketplace for Microsoft's mobile OS has made it past the mark of 100,000 application submissions, thus joining the likes of Android and iOS as part of the elite club. 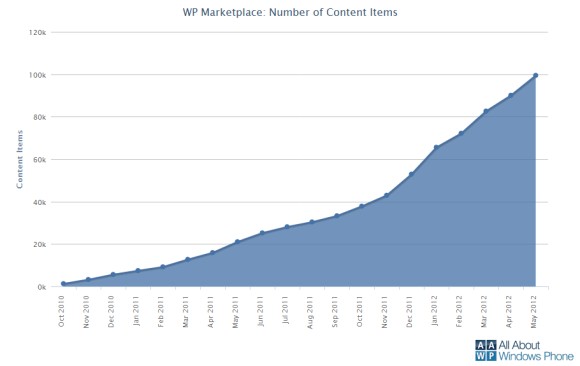 It took the platform the relatively short 20 months to reach the magic number - that's quicker than Android (24 months), but slower than iOS (16 months).

Out of the 100,000+ submitted apps, 88,371 are available for download across 60 countries. That number is bound to increase with around 300 every day. Don't be surprised however, if the pace picks up even further - after all, Windows Phone Apollo is right around the corner.

If you are into more of these numbers, continue to the source link below.

i have sony ericsson market applications not supported

I am NOT interested or even try any WP devices until WP8 comes out...