Windows Phone Tango to have restrictions on 256MB RAM phones

Windows Phone Tango will bring many cool improvements but also some tight restrictions for low-end phones. Russian site WP7forum tested Tango on a dev phone (the HTC Mazaa) and they've dug up some very interesting details on the matter.

Let's start with the bad news - Tango will enable phones with just 256MB RAM (all current Windows Phone models have 512MB). That's quite low for a smartphone (even Symbian uses more nowadays) and such won't support all apps, plus third-party Live tiles won't update automatically.

The list goes on - Tango phones with 256MB RAM won't be able to play videos with bitrate over 4Mbps (that applies for videos on the phone and streaming video), they won't let you manage podcasts on the phone (you'll need to use Zune on your PC) and photos can't be uploaded automatically to SkyDrive.

This sounds pretty harsh, but we're likely talking about very low-end devices - Microsoft will even let makers use 3MP cameras (the current minimum is 5MP). We're not sure what that means about the 720p video recording that is mandatory for WP phones right now.

Plus, Windows Phone Tango will bring some great usability improvements. It will let you import/export contacts from your SIM card, offer finer grained roaming options and download and update apps automatically through Zune. Tango will also more than double the number of pre-installed apps and support new countries. 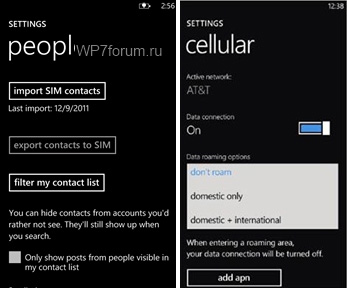 MMS support will be greatly improved too - in its current form you can attach a single photo and that's it. With the Tango update, Windows Phone will let you attach multiple photos but also videos and audio files too. 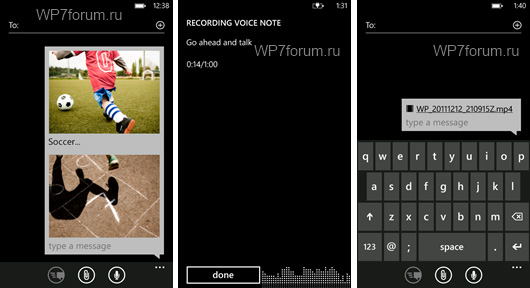 So, Windows Phone Tango will bring some needed improvements to mid- and high-end phones and enable affordable, low-end phones that can pry some users away from the grasp of feature phones.

loda operating system. never buy when there is android around.

I'm thinking this move is to get out phones that are in the same segment as Xperia Mini and HTC Wildfire, which represents a quite large number of devices. The low price is important since there are markets where it's more common to buy phones ...

This spesificatio ram for cheap wp only. It is for low end nokia lumia 610, the price about us$ 160.