Microsoft has released this month's report on Windows Store trends, revealing that the store has received a total of over 3 billion visits since Windows 10 was launched. The figure stood at around 2.5 billion in last month's report.

The Redmond, Washington-based company also shared details on category-wise downloads for the Oct-Dec 2015 period. The data revealed that Games was the most popular category with over 30% downloads, while Utilities & Tools and Photo & Video rounded up the top three with 15% and 8% share, respectively.

In terms of downloads by language, English - unsurprisingly - was at the top, followed by Spanish, Brazilian Portugese, Russian, and Hindi. 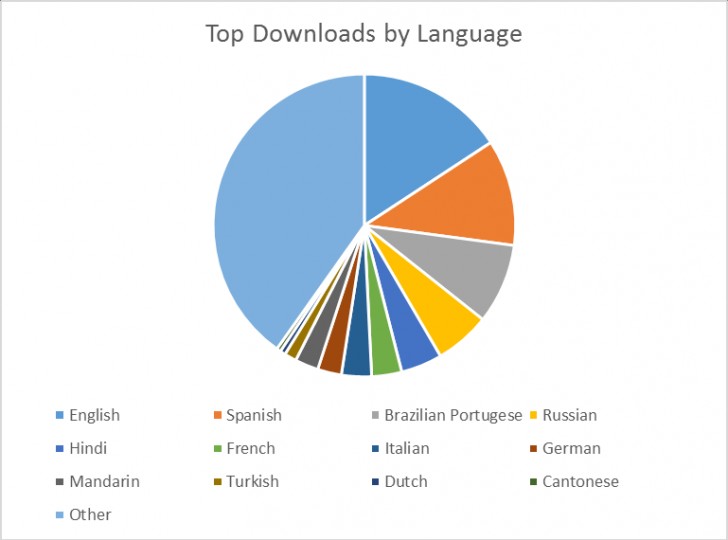 The company also revealed several other interesting stats - head to the Source link below to take a look.

I think developers world be more interested in knowing how many of those visits translated to downloads or purchases.