According to data released by online polling company SurveyMonkey, Pokemon Go has become the biggest mobile game in the history of the US. The app now has over 21 million daily active users, which is more than the 20 million peak figure recorded for Candy Crush Saga back in 2013. 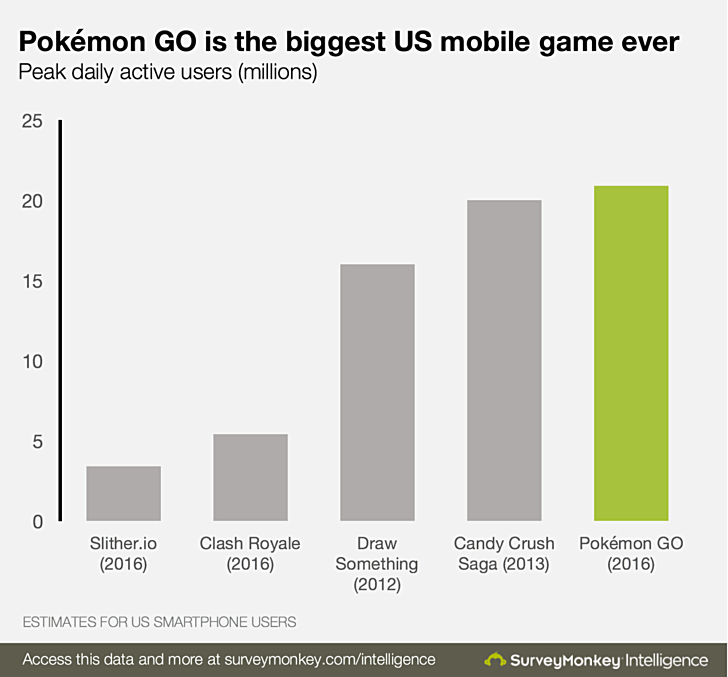 "Within three days of its release, Pokémon GO attracted more users than Twitter, and rose to the top of the App Store revenue charts, earning millions of dollars a day for its publisher, Niantic," the survey firm said in a blog post.

"As of yesterday, Pokémon GO attracted just under 21 million daily active users in the United States, surpassing Candy Crush saga’s rumored peak US smartphone audience of 20 million and making it the biggest mobile game in US history."

It's worth mentioning that Pokemon Go already has more than 10 million installs on Android alone. While the game was initially available in a handful of countries including the US, Australia, and New Zealand, its European roll-out began yesterday.

I find it funny how people love showing their deficiencies. If I'm wrong then I'm sorry. I just can't fathom how can a person have such a handful of prejudice. Get a life dude. Don't mind the fans.. We don't care about you. Instead, mi...