Microsoft has finally announced the much anticipated GDR3 update for its Windows Phone smartphone 8 platform. Its rollout will begin over the coming weeks but will take "several months" to complete. We're yet to find out specifics about device update eligibility but we're guessing Nokia's higher-end Lumia range and HTC's 8X and 8S seem certain.

We saw quite a few leaks prior to the official announcement and it seems sources were mostly correct.

GDR3 brings support for larger displays (5 and 6-inch) with a maximum resolution of 1920 x 1080 pixels. The quad-core Snapdragon 800 is also now given the green light for debuting on Windows Phone. 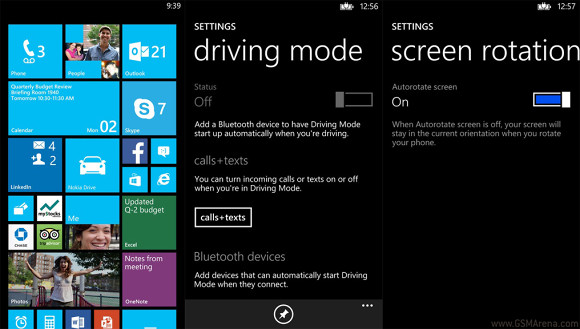 Now every horizontal line on the start screen supports 6 Live Tiles and not four. You can finally close apps in the task switcher interface by hitting the little X on each app's thumb.

There's a also new Driving Mode, which gets everything out of the way except your navigation instructions.

What about Lumia 820 is it will be able to that update ?