WSJ: Nokia will release its first Android device this month

According to The Wall Street Journal, Nokia will release its first Android smartphone this month. Known as Nokia Normandy, the low-cost handset will reportedly be showcased during MWC in Barcelona. 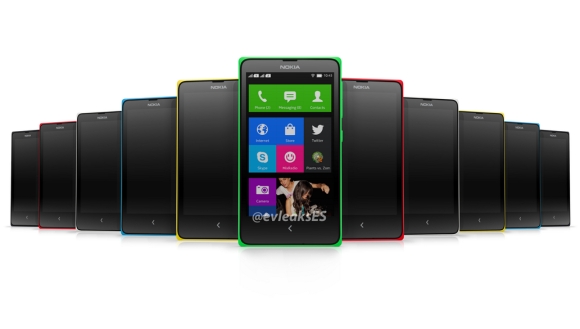 According to WSJ’s sources, Nokia was hard at work on the device while Microsoft was performing due diligence prior to its acquisition of the Finnish company. The smartphone will allegedly go official as Nokia X.

Unsurprisingly, the smartphone is tipped to launch without Google Play support, similarly to Amazon’s Kindle products. Instead, it will be focused on services provided by Microsoft and Nokia. In line with recent leaks, the UI of the upcoming smartphone is also said to be closely related to Microsoft’s Windows Phone 8.

Rumored specs of the Nokia X include dual-core Snapdragon 200 SoC, dual-SIM, 4” WVGA display, 4GB of built-in memory, and 512MB of RAM. The handset will reportedly be priced in line with Nokia Asha devices.

All things considered, The Wall Street Journal report reaffirms the already floating batch of rumors. We are quite curious to find out how the device’s launch will affect the sales of Nokia’s popular low-end Windows Phone devices such as the Lumia 520 and 525. Nokia Lumia 520 in particular is responsible for 30% of all Windows Phone sales.

What is the value of buying nokia's android if there is no playstore!!!!!!