BlackBerry has hit hard times and there's talk of selling the company (the board is looking into it), even the patent portfolio was apprized to $2-3 billion. Whether or not the BlackBerry board will sell, there will be massive layoffs first as the company is looking to cut as much as 40% of its workforce, reports the Wall Street Journal. 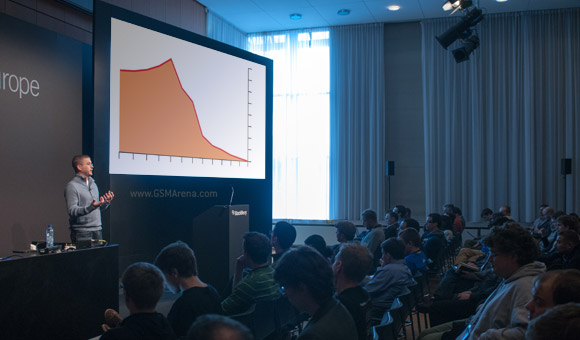 The job cuts will occur "in waves," affecting workers across the board and will be done by the end of the year. This won't be the first layoff, BlackBerry cut 5,000 jobs last year and is now standing at 12,700 employees according to the last official numbers. There were smaller layoffs earlier this year too.

The job cuts, along with closing down of manufacturing facilities, are part of CEO Thorsten Heins' plan to cut down the company's cost as quarterly reports have been in the red the last few quarters.

The company isn't standing still though all of this  it just announced the new BlackBerry Z30 flagship and is moving to expand its reach with a BlackBerry Messenger app for Android and iOS.

BlackBerry isn't the only company going through tough change  Motorola, another down-on-its-luck tech giant, has undertaken a similar move earlier this year.

This is sad. BlackBerry should immediately cut off the prices of their flagship phones to get a market share.

Moving to OS 10 should came early, it was so obvious that BIS isn't going to life beside android & iphone os, even symbian phone offer web browsing & e-mail service for free, no doubt they ignored the consumers demands, still until now a f...

Blackberry is living in his philosophy with a locked software only looking for something that pays em is set as the product of em locked that they had 5 years ago and now have all the better for it on their phones because decaying slowly, live freedo...