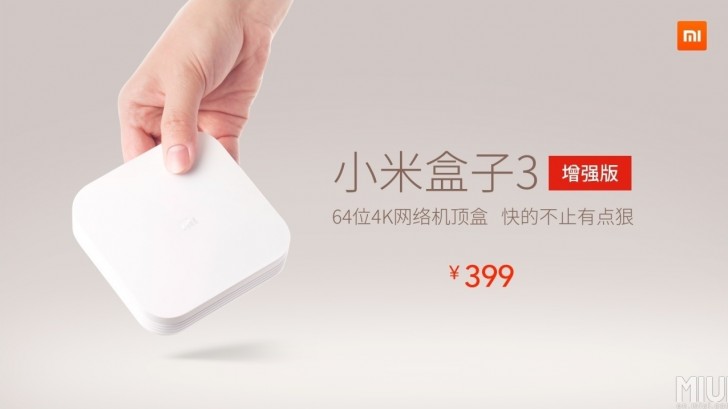 The biggest change in this is the faster processor. The Enhanced Edition ships with a 64-bit MediaTek MT8693 with a hexa-core CPU (2 x 2GHz Cortex-A72 + 4 x 1.6GHz Cortex-A53) and PowerVR GX6250 GPU. The CPU performance is said to be 80% faster and the GPU performance 240% faster than the standard Mi Box 3. There is an improved cooling system with a fan to keep the temperatures low.

The memory and storage have also been doubled, and it now has 2GB RAM and 8GB storage space. The Wi-Fi is now 802.11ac 2x2 with transfer speeds up to 300Mbps and Bluetooth 4.1.

doesn't matter as long as it's cheaper lol

From the website, it mentions only support simplified Chinese. Too bad they do not have English menu.

can they make it a little bit NOT like apple?