Xiaomi is all set to launch the follow-up to the Black Shark gaming smartphone released in April this year - it has an official landing page up, it has the TENAA clearance and supposedly a launch date as well. A Geekbench listing, however, is here to reveal some specs of the upcoming handset. 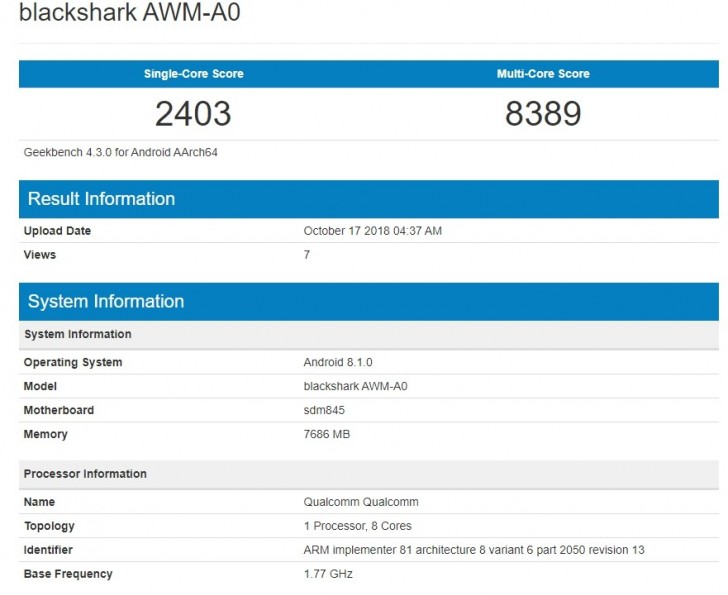 According to the score sheet, the Black Shark 2 will ship with Snapdragon 845 and at least one of the version will feature 8GB of RAM - no surprise here. But the sheet also reveals Android 8.1 Oreo running out of the box. With Android 9.0 Pie out since August that's somewhat disappointing but with the way MIUI works, it was to be expected - a Pie-based update would normally arrive about half a year after the new Android version is finalized.

True. For gamin phone battery and cooling Are the most important things! So would say that soc, but games last so long that long term speed is more important than burst speed, so very good cooling is the most essential if you wan to maintain the hi...

Colour and name are both :)

So, you just posted it the specs sheet! Then you're kind of miss my point. The price… man, the price. And the time too. So just how many game(s) are you gonna download and play each and everyday? Even if there are ported game from ...