Xiaomi ‘Blackshark’ with Snapdragon 845 and 8GB RAM spotted in benchmarks

A new smartphone - dubbed ‘Blackshark’ - has been spotted in a benchmark listing. While the maker isn't revealed, the codename suggests a connection to Xiaomi as the Chine company owns backed Black Shark Technology Incorporated.

Some of the key specs the AnTuTu listing uncovers include Snapdragon 845 SoC, 2160 x 1080 pixel display, and 8GB RAM. 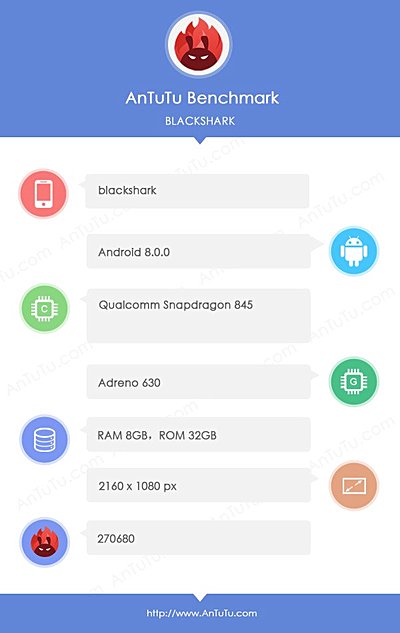 The listing also reveals some other specs like Android 8.0 Oreo, and 32GB storage. There have already been rumors that Xiaomi is working on a gaming phone and the 'Blackshark' could well be it, coming to take away the best gaming phone crown from the Razer phone.

What is the price??

I'm in love with this phone, I love your products especially Xiaomi note 4x

Xiaomi as the Chine company