Xiaomi CC9 to arrive on July 2

The new Xiaomi smartphone series will be called CC (with multiple meanings behind the abbreviation) and Lei Jun, the company CEO, explained earlier this month the phones will be for young and creative people. The first phone is expected to be called Xiaomi Mi CC9 and arrive on July 2.

The date was officially announced on the company’s Weibo profile, with an invitation to the event that will take place in Beijing, China. 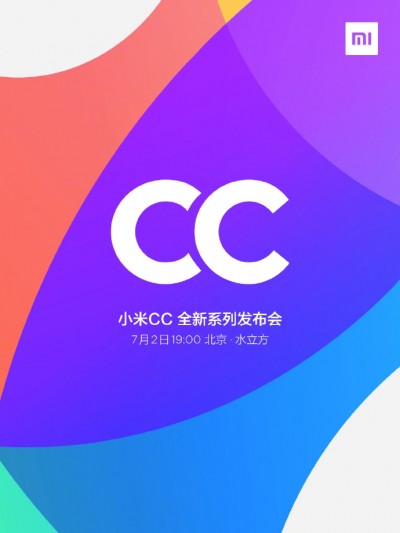 We don't have official confirmation on anything yet, but we expect to see a phone with a triple camera on the back, accompanied by the Xiaomi X Meitu collaboration with a flip mechanism for the three cameras, similar to the Zenfone 6.

The second should be called CC9e, since the actual CC9 was already spotted in an official promo video with a notch.

Some slides explaining what CC means

During the weekend, the company posted some promo images, revealing some of the meanings behind the CC moniker. While the Chic & Cool and Curious & Creative ideas were already mentioned by Jun, Challenge & Carry on is another spin of the CC moniker.

Even Apple tried to ditch it now

at least they are creative, unlike iphones who dont have innovation since jobs died. they just wait other china brands tech, pay them and copy them. oh and itunes is the worst app to manage!

Maybe it's Creative Cloud as in Adobe CC. Xiaomi bought Meitu for this and it'll likely ask Adobe for pre-installed Adobe CC.