Xiaomi is on a roll in India, the latest phones to join the best seller club are the Redmi Note 5 and Redmi Note 5 Pro. Together they have sold 5 million units in four months.

Last year the Redmi Note 4 hit 5 million sales in August, after a great launch at the end of January. To be fair, it achieved it alone, but that shouldn’t take away from achievement of the Note 5 duo, which reached the 5 million mark much faster. 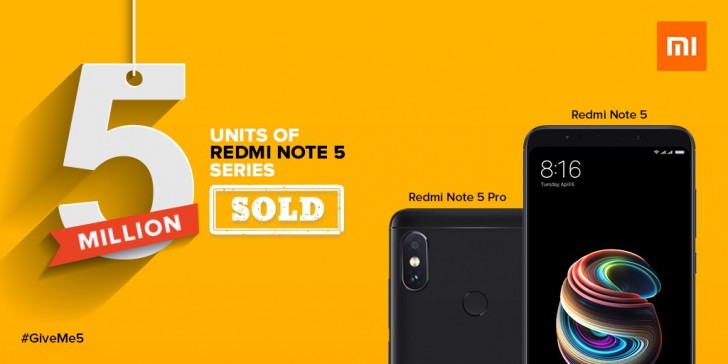 Even as individuals these phones have topped sales chart – back in February, just after it was announced, the Redmi Note 5 Pro sold 300,000 units in under 3 minutes. Xiaomi called it the “Biggest sale ever in the history of India”.

With cheaper data rates , smartphone users are growing ,but we tend to even use a old phone until its unusable or unrepairble ,5 million is nothing if you see the total population of India also sites like flipkart which sells redmi note 5 pro has go...

No)) Sony X Performance. I havent xiaomi or huawei.. I use nokia, lg few, htc, sony