The Chinese designer and manufacturer of mobile phones Xiaomi unveiled its latest entry-level proposition – the Hongmi 1s. The Android smartphone will be available for pre-order in China on February 20 for ¥799 ($130). 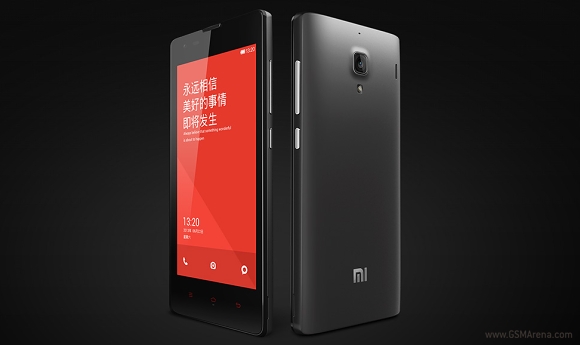 The biggest difference between the Xiaomi Hongmi 1s and its predecessor it’s the chipset. The newcomer has ditched the Mediatek MT6589T SoC for a Qualcomm Snapdragon 400 with 1.6GHz quad-core CPU and Adreno 305 GPU.

The Xiaomi Hongmi 1s packs a gig of RAM and 8GB of built-in memory which can be further expanded via microSD card slot. The screen is a 4.7” IPS unit with a resolution of 1280 x 720 pixels. Out of the box, the device will boot Android 4.3 Jelly Bean dressed in Xiaomi’s MIUI V5 interface.

At a quick glance, the Xiaomi Hongmi 1s offers a lot of hardware for the money. The device offers beefier specs than the popular Moto G for a lot less cash.

I live in jakarta indonesia... When xiaomi redmi 1s will be ready in jakarta? Thanks