Xiaomi is on a seriously hot streak lately, the company selling smartphones as fast as it can build it. Its attractively priced devices even helped it climb to the third spot globally even though the quality of the Chinese maker’s after-sale support has often been questioned.

Luckily the Chinese are also looking to address that last concern by providing more timely updates. The development of the Android 5.0 Lollipop update for its former Mi 3 flagship is already in progress as revealed by the following picture posted by one of the Xiaomi developers. 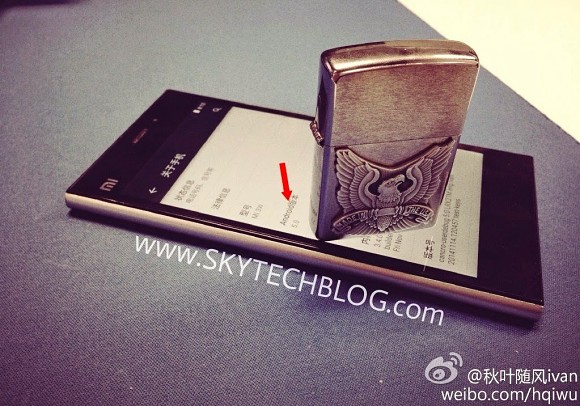 The picture was posted on Weibo and shows the status screen of a Xiaomi Mi 3 where under Android version it says 5.0. Other details to come with the image is that the ROM is for the WCDMA variant of the Mi3 – the one available outside of China.

We don’t have a time frame for the update release, but it shouldn’t take too long now that the company is bragging about the development. We’ll keep you updated as more info pops up.

During 2015, with all Advertisement and hypes Mi3 sold around 300,000 phones through online at premium rate of Rs.13,999. After investment the holders of Mi3 left by Xiaomi. They should be give the updates immediately. Otherwise, Xiaomi will loos...

Xiaomi, what about the Android version update for mi3? Is it available already? Where and how? You gave us good hardware, please back it up with good updates so Xiaomi can stay relevant.