Xiaomi's Mi 4 flagship is due for a refresh sooner rather than later, as it's nearing the 12-month retirement age. An image, which popped up on Weibo, claims to detail its specs, as well as those of the companion Plus model to go along with the regular Mi 5.

The Xiaomi Mi 5 is reported to boast a 5.2-inch QHD LCD display, protected by Gorilla Glass 4 and featuring 2.5D edges. Computing power will come from a Snapdragon 810 chipset, though the amount of RAM remains unknown. 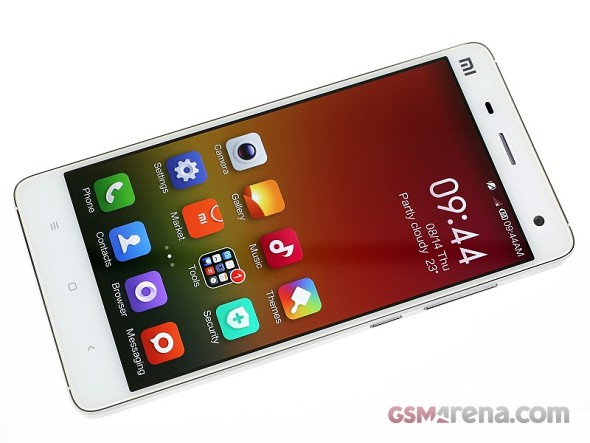 The source claims that the smartphone will come with a 16MP primary camera, and a 13MP shooter on the front. It will pack a 3,000mAh battery with quick charge support, though the quoted 30% charge in 40 minutes sounds more like an error.

Then we get to the Mi5 Plus, which is shaping up like a sequel to the Mi Note Pro. The new model will have a 5.7-inch QHD display, just like the Mi Note Pro, but will introduce improvements in a number of key areas.

Qualcomm's latest Snapdragon 820 will power the Mi 5 Plus, and the timing of its mass availability may be the only salvation for the Mi Note Pro's sales. Imaging department will be represented by a 23MP rear camera with OIS and laser autofocus, and a 12MP shooter will be found on the front.

Battery capacity is quoted at 3,500mAh, and it is said to take 50 minutes from 0 to 100%, much more impressive than the numbers mentioned for the vanilla Mi 5. An all-metal body is also to be expected, but whether it will be exclusive to the Mi 5 Plus or both models will get, remains to be seen.

Today's specs are mostly in line with previous data, though there are a few discrepancies, so we can't be sure which numbers are the real deal. As always, things will get clearer towards launch date.

should be below 25k