Back in February, Xiaomi unveiled the Mi 10 family of devices. One that seems to be still expanding, with increasingly-interesting value offers, like the Mi 10 Youth 5G, no less. We already did a deep dive on the top-dog Mi 10 Pro 5G, which you can check out here. A true 2020 flagship, which shines particularly bright with a versatile camera setup. But also, features a nearly $1,000 price point, which is a bit hard to swallow.

Enter the vanilla Xiaomi Mi 10 5G - a device that looks and feels literally identically premium, yet manages to slash a few bucks off the price tag. However, it does so by meddling with the versatile Mi 10 Pro camera setup, which we liked so much.

Beyond that and some minor battery upgrades and charging downgrades, the Mi 10 5G manages to otherwise remain practically identical to its bigger brother. The gorgeous, 6.67-inch, Super AMOLED, 90Hz, HDR10+ panel is still here. So is the Snapdragon 865 chipset, as well as all the other little extras and bells and whistles from the Pro with just few minor differences here and there. We have little doubt that the Mi 10 5G will be an excellent flagship device in its own right. The one major question that remains then is whether or not it will offer good enough value, relative to the cutbacks from the Mi 10 Pro and the much cheaper Xiaomi devices like the Mi Note 10 Pro and the Mi 10 Youth 5G. 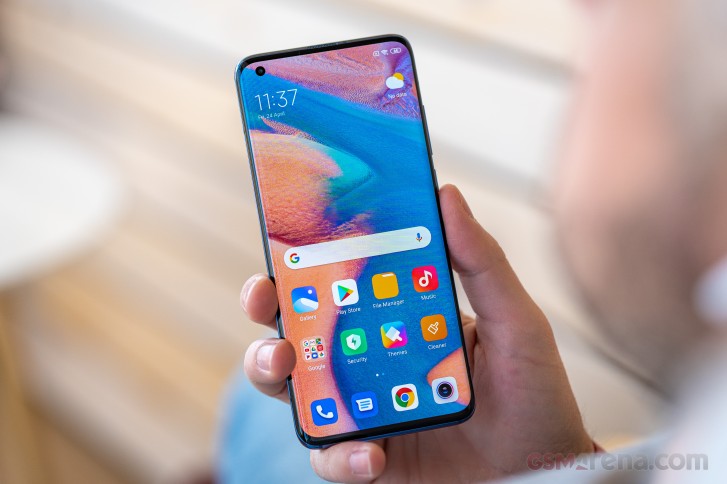 The writing is on the wall, and it's pretty clear that the vanilla Mi 10 5G finds itself weirdly sandwiched between great Xiaomi phones on both sides. And with more and more masonry work from other phone manufacturers filling in any remaining gaps, as well. We won't risk torturing that particular metaphor any further than that. So, without further ado, let's see if the Mi 10 5G has what it takes to make the most out of the tough spot it now occupies.

Unboxing the vanilla Mi 10 5G was actually quite interesting for us. Not that the package was anything special, we didn't get reviewer accessories or anything of the sorts. It's just that for the Mi 10 Pro 5G review, we experienced a couple of oddities in this department. One was the lack of a Type-C to 3.5mm dongle in the Pro's package. However, just as promised, now that we have a regular retail Mi 10, 8GB/256GB unit in Twilight Grey in our hands, the little dongle was present just like Xiaomi promised it would.

Also in the box, there is a pretty decent clear hard case. Always appreciated, since you can start confidently using your new device straight away.

On the flip side, unlike the Mi 10 Pro, which came with a very thin screen protector pre-applied. The regular Mi 10 had no such thing. Nevertheless, we have a fair bit of confidence in the Gorilla Glass 5 finish, which both the vanilla and Pro have on both their fronts and backs. So, the missing screen protector is really not a dealbreaker. 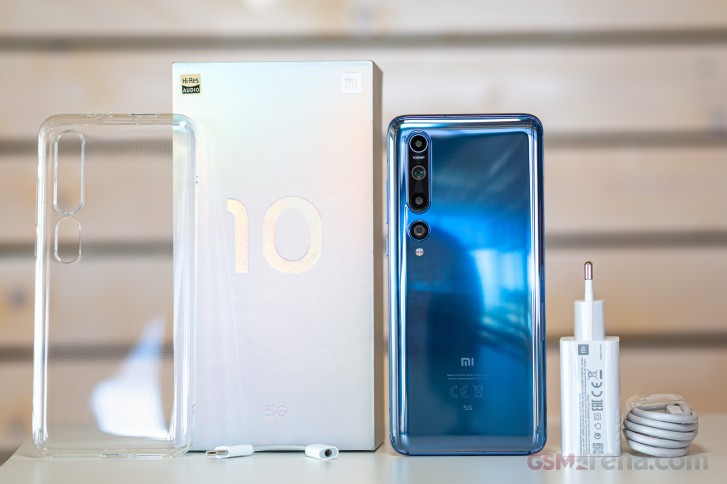 Last, but not least, we were also rather curious as to what charger Xiaomi would ship with the Mi 10, since the Mi 10 Pro arrived with a rather overpowered 65W PD unit. We do get the reason behind that, since 65W is kind of a popular design, which comfortably covers the 50W of charging the Pro can do and is presumably already in production by Xiaomi anyway for its laptops.

The retail vanilla Mi 10 package, however, only includes a 30W charger instead. Again, perfectly logical, since the 30W-spec charger is also a popular, mass-produced one. Plus, one of the downgrades the regular Mi 10 ended up with is a bump down to supporting only up to 30W of fast charging. So, a perfect match.

i hesitate about buying oneplus8 or Xiaomi Mi 10 what should i buy who is better in camera ? since they are pretty much same in terms of other specs price are nearly same here

Well that's what I was looking for. Gsmarena mentioned mi note 10 and not redmi note 10 but where on earth is the relative page of its specs leaving the review page far aside. I tried too hard to Google the specs of mi note 10 but failed every t...