Scheduling surrounding Xiaomi's eagerly-anticipated Mi 10 flaghip pair has bee one of the many things unfortunately disrupted by the current Corona virus crisis in China. As per the latest development on that front, Xiaomi has now sent out invitations for a product launch on February 23 in Barcelona, Spain. In other words, we are expecting global announcements as part of MWC 2020 to take place. Most likely - the Mi 10 and Mi 10 Pro flagships. The big 10 on the banner is kind of a major giveaway, if nothing else.

That being said, though, this doesn’t necessarily entirely negate the company's domestic plans for the pair of devices. At least the ones we know of from a previous leak, that is. Those hinted at an early pre-order campaign for the Mi 10 Pro, kicking-off on February 10, only then followed by an online unveiling event for both phones on February 13. Actual sales were said to commence on February 14 and February 18 for the Mi 10 and Mi 10 Pro, respectively. 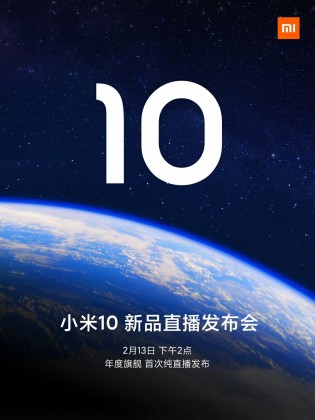 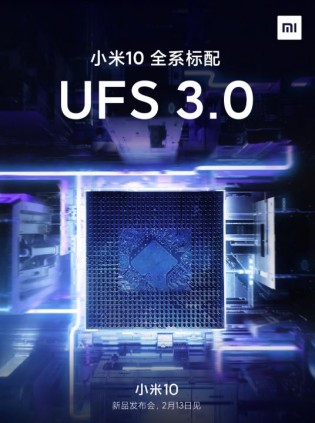 Xiaomi's official Weibo account just dropped a couple of banners as well, confirming the aforementioned February 13 unveiling event, as well as its "pure online live broadcast" nature, Further adding that it was a difficult decision. So, even though we have at least two official dates, this sounds like a soft schedule at best, given the circumstances. One of the two Weibo images does confirm UFS 3.0 storage for at least one of the Mi 10 phones, which is great to know.

Whatever the final release schedule turns out to be, rumors and leaks seems to be increasing in both volume and quality. So, it shouldn't be long now. Recently, the Mi 10 pair was spotted in a promo banner, offering a good, all-round look at the design. Hints of both the Snapdragon 865 and a 108MP camera have been dropping left and right. Most sources seem to agree that both the vanilla and the Pro variants will be getting the new Samsung high-resolution snapper and possibly a 5x zoom module as well, which we already have a couple of stills from. The bigger Pro is also said to rock a 6.4-inch, FullHD+, 120Hz OLED panel, up to 16GB of fast LPDDR5 RAM and a 5,250 mAh battery, with a 66W fast charger and a full top-up time of just 35 minutes.

Wow specs look insane. This will be again nr.1 flagship like Mi9 was. And will be looking best. I had all flagships of 2019, and only Mi 9 had sexy curves, and only Mi 9 had nice cameras. Look at the ugliness of new iPhone or S20. Cameras in an ugl...