Qualcomm’s announcement of the Snapdragon 865 was followed by a stampede of companies, announcing they will use the platform in their upcoming flagships. While some companies just confirmed their commitments, others announced the specific phones that will use them.

Xiaomi Mi 10 will be one of the first phones with SD865, Bin Lin confirmed during the Qualcomm Summit in Hawaii. Meizu’s official Weibo account also went ahead and confirmed Meizu 17 with the same chipset is coming in Spring 2020. 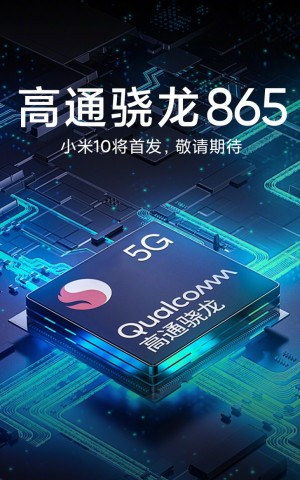 Xiaomi’s actions might trigger a deja-vu since Lin Bin has been a part of the Qualcomm summit for several years - both the Xiaomi Mi 8 and Xiaomi Mi 9 were also announced on stage in Hawaii to have the then-latest Snapdragon. Meizu’s statement is somewhat more surpring, given the company revealed the Snapdragon 855-powered Meizu 16T just a month ago.

The new chipset by Qualcomm will have a new Snapdragon X55 modem, but more specs should follow soon. The announcement also gave us the Snapdragon 765 and Snapdragon 765G - the new mid-range chipest with 5G support.

"It helps that the selfie cam is positioned in the top right corner of the screen." For me, the right corner is the ideal place to put the camera. When the phone is turned to it's side, the view is still great. Unlike when it's in the left side, wher...

Not here to argue but do you really belive that the remove of the 3.5mm jack trend is to increase battery size by approx 500mah?? Have you seen how much space does it take up?? Might have also noticed that all the new phones this year are around if n...

With very fast charger nowadays, I prefer quite large battery (ie 4000 mAh) with maximum 8.5mm thickness than so large battery (4500 mAh) but with nearly 10 mm just like Mi Note 10. The phone feels so thick if we put on the case.