We already know the global launch of the Xiaomi Mi 10 series is planned for February 23 while the premiere for the Chinese market is coming this week on February 13. Xiaomi is betting big on its upcoming flagship and we got a handful of leaks which give us a lot of details before the big unveiling.

First up we have an official poster of the Mi 10 which shows the device in its vibrant pink and blue colorways. We also get a good look at the curved front glass with its slim bezels and the punch hole cutout in the top left corner for the selfie cam. The back comes with a four-camera array headlined by a 108MP main shooter. 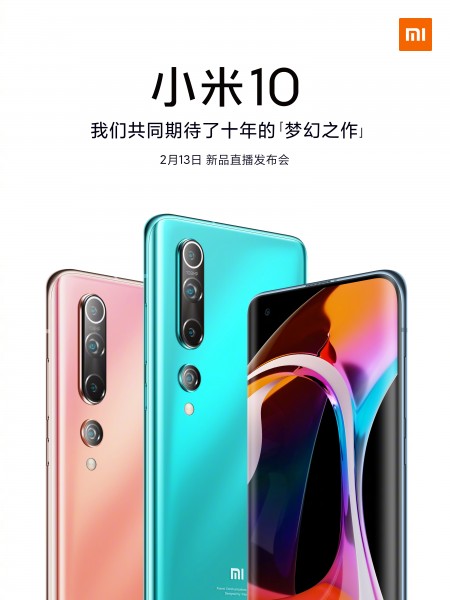 Next up we have Geekbench 5.0 and GFXBench test runs which show the might of the Snapdragon 865 chipset. At the first one Mi 10 manged 934 points in the single-core department and a whopping 3,464 score in the multi-core test. As expected these numbers are ahead of competing chipsets like the Kirin 990 5G, Exynos 9825 and also show a significant improvement over the Snapdragon 855 generation chipsets. 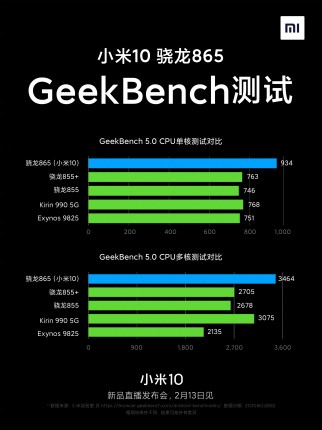 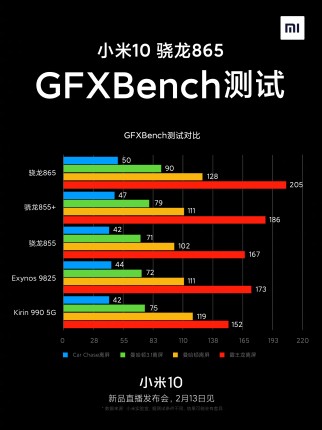 The GFXBench run shows similar dominance as the Snapdragon 865 unsurprisingly tops the board in all categories. Xiaomi also posted an image that details the Kryo 585 CPU and Adreno 650 GPU each offer a 25% boost in performance compared to the previous generation Snapdragon chipsets. As we know from previous leaks the Mi 10 series will also come with up to 16GB LPDDR 5 RAM and UFS 3.0 storage which are two important factors for the overall performance of the phone. 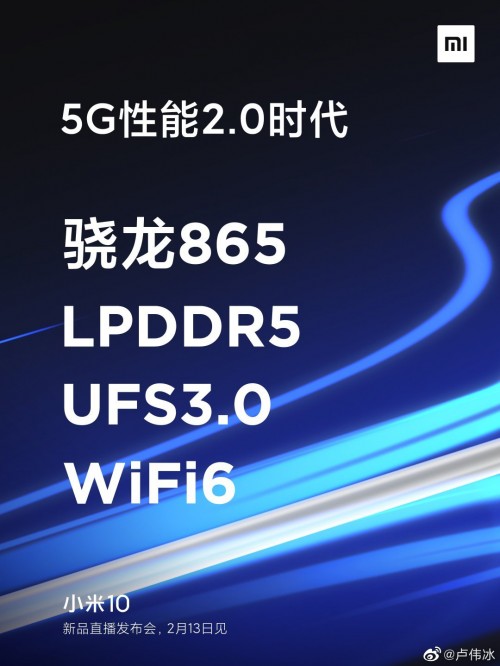 Xiaomi’s VP Chang Cheng also showed out the might of UFS 3.0 on video as the Mi 10 Pro was put to the test against Huawei’s Mate 30 Pro 5G in transferring a 10GB file. The Mi 10 Pro managed to accomplish the task in a mere 22 seconds with its transfer speeds hovering between 420 and 500 MB/s. Another interesting detail about the Mi 10 and Mi 10 Pro is that they will both support the latest Wi-Fi 6 standard

Synthetic benchmarks are not always applicable to real-world performance so Xiaomi also decided to test the Mi 10’s might in a more unusual way by solving a Rubik’s cube against a professional Rubik’s cube player.

Yusheng Du who is among the top-ranked Rubik’s cube players managed to solve the cube in 6.47 seconds but that was no match for the Mi 10 which used a set of robotic hands and needed just 1.43s. The Mi 10 is certainly shaping up to be a spectacular phone so we’re awaiting its launch with lots of anticipation.

i have a xiaomi note 10 , and the design flaw is so obvious, a big company like xiaomi should not repeat it. but they did.