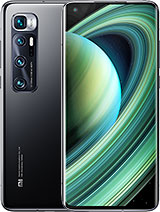 Oh.aptx HD on bluetooth. Sound will better than aptx on note 20 ultra.

No audio jack? No sd card? DOA.
Why do they only copy the stupid stuff?

Will LTE and 5g work in the U.S.? If so immabuy this phone..

joe nodden, 12 Aug 2020Did I ask?Well you basically #askingforit. No one is in the same boat as you.

Anonymous, 12 Aug 2020Most phones these days don't have an audio jack so unless ur living in 2013, I don't... moreNormal for people here. There's always something to complain about (especially for people who suffer from "brand loyality" :P).

Nothing special, but too expensive

It was rumored that Xiaomi Mi10 Pro had 32-bit DAC ESS Sabre ES9218P. I couldn't find any info about this AFTER phone was released. Does anybody know about sound chip in Xiaomi Mi 10 Ultra?

Anonymous, 12 Aug 2020An almost perfect phone apart from missing a QHD screen & SD card slot.Very true, a 1440p display will be nice, although my other choice for a new phone is note 20 ultra, which doesn't let you have 4k while 120 hz anyway. Plus Samsung got worst charging speed.

Kebab526, 12 Aug 2020Ip68 waterproofing costs more money to do, that's why they don't do it to save on costsIp rating does not equal to water proofing. Although many phones doesn't have the rating i, most of them will have plastic o-rings and other water proofing methods. Getting the IP rating need extensive testing and equipment which further increase costs. Plus, would anyone take their phone swimming just bc it's ip 68? Unlikely.

DrummerAJL, 12 Aug 2020Phone companies only removed the headphone jack for pure greed on money. You can't charge... moreFirst of all, removing headphone jack allows for better water and dust proofing, it also provides more space for bigger batteries and other use. Most people in the year 2020 who can afford a 1000 dollar phone will likely to be able to afford a pair of tws, not to mention the range of choices you have for tws headphones. So no, phone companies removed the jack for more than just cost reasons.

WhySooSerious, 12 Aug 2020SD card? Which flagship from 2020 has SD card. Whats the ratio? Again except note which phon... moreIts not complaine but observation ! If Xiaomi has "missing" parts I am sure that I made my decision visely and for a change grab the Xiaomi !

This phone should be called xiaomi end game.

Anonymous, 12 Aug 2020Most phones these days don't have an audio jack so unless ur living in 2013, I don't... morePhone companies only removed the headphone jack for pure greed on money. You can't charge your phone and plug in headphones at the same time without going wireless, which costs even more money. Batteries also deteriorate overtime, good luck getting $250 airpods to last as long as 10 year old $5 headphones.

The last time I used a wireless headset (which broke easily), delay was literal seconds (not MS), sound quality sucked, battery life wasn't even 30 minutes and it costed more than my wired one. Being forced to use something you don't want isn't a future move, it's nothing more than an inconvenience.

Anonymous, 12 Aug 2020No audio Jack No sd card Very Disappointment Next Most phones these days don't have an audio jack so unless ur living in 2013, I don't see why ur complaining

No audio Jack
No sd card
Very Disappointment
Next

Flo, 12 Aug 2020I wreally do like xiaomi phones, but i wont buy them till thay learn to build one with waterpr... moreIt's a rating that costs money for them translating for you. Oneplus were clearly waterproof and didn't need an IP rating.