Xiaomi Mi 10 will use LPDDR5 RAM

Xiaomi is expected to unveil at least two phones in the upcoming weeks - the Mi 10 and the Mi 10 Pro. They are expected to support 5G and today it was confirmed by a company executive through another major announcement - the phones will use LPDDR5 RAM chips, manufactured by Micron.

The information was tweeted by Zhiyuan Zang, a deputy general manager at Xiaomi Marketing and Xiaomi Japan. This will be the first smartphone to use the US company chips that fits up to 12GB RAM on a single die. It improves transmission up to 6.4 Gbps and should help the Mi 10 to reach 5G speeds without any issues. 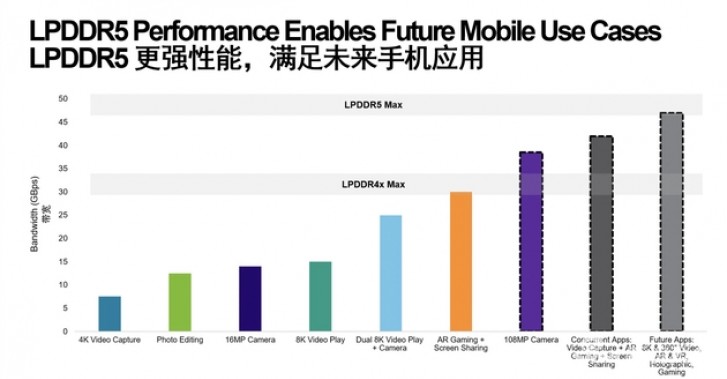 Currently, Samsung is the other major manufacturer that builds LPDDR5 DRAM for smartphones. Unless the upcoming Galaxy S20 phones use the chip, the Xiaomi Mi 10 family is get the bragging rights of being the LPDDR5 DRAM pioneer.

5G speeds, yeah, but what about the US? Where are the 5G Bands for T-Mobile, Sprint, Verizon, AT&T? I guess they don't want to their amazing phone to dominate the west too hard.

They don't cost 650 dollars to make. More like around 450 dollars. Get your fact rights.

Battery only detoriate if all the heat generated is affecting the battery. Proprietary solutions allows much of the heat to be localized around the charging adapter, thereby prevent overheating at the battery and thereby eliminating the chances of ...