Xiaomi MI 11 disassembled and reassembled into a dragon sculpture

In an interesting disassembly video posted to the company’s Weibo handle, Xiaomi shows the recently announced Mi 11 being disassembled and reassembled into a mechanical sculpture of a dragon. The Xiaomi MI 11 was announced in the final days of 2020 and it was the first device to arrive sporting the latest Qualcomm Snapdragon 888 chipset.

Two Mi 11 smartphones were disassembled, along with four Mi 11 vegetarian leather editions of the phone, which were used for their softer materials. Between all the devices used, it took an artist 30 days to assemble it into an impressive mechanical sculpture of a dragon. The pieces of leather were used for the horns and wings of the sculpture.

This is a special disassembly video. By disassembling two Mi 11 engineering machines, about 500 parts were reassembled, which took 30 days, and finally assembled into a mechanical dragon!

The Mi 11’s 108MP camera was featured as the dragon’s chest, so boast about the new phone’s camera capabilities. The assembled dragon was mounted atop specially decorated Qi wireless charger and the result looks incredible. 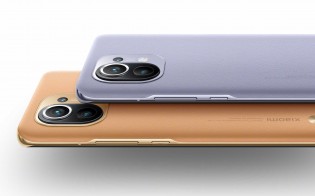 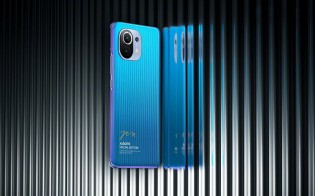 The Mi 11 arrived with the Snapdragon 888 paired with 8GB or 12GB of RAM and 256GB of storage. There’s a large 6.81-inch AMOLED display with QHD+ resolution and 120Hz refresh rate. This display features curved edges and hides an in-display optical fingerprint scanner from Goodix.

The camera setup consists of a 108MP main camera, a 13MP ultrawide camera, and a basic 5MP macro shooter. Around front is a 20MP selfie camera placed behind the punch-hole cutout of the display. The Mi 11 starts at CNY3,999 ($610/€500) and its first flash sale began on January 1. Check the announcement post for all the details and color options for the Mi 11.

So the phone is good for making toy?

so .. transformer is real shit..

it's not a snapdragon tho (pun intended)