Xiaomi Mi 11 Ultra will go global, the company announced at the phone’s launch last week. And it's happening tomorrow when pre-orders will open in Malaysia. It will cost MYR4,299 ($1,040) and will have 12GB RAM and 256GB of storage. 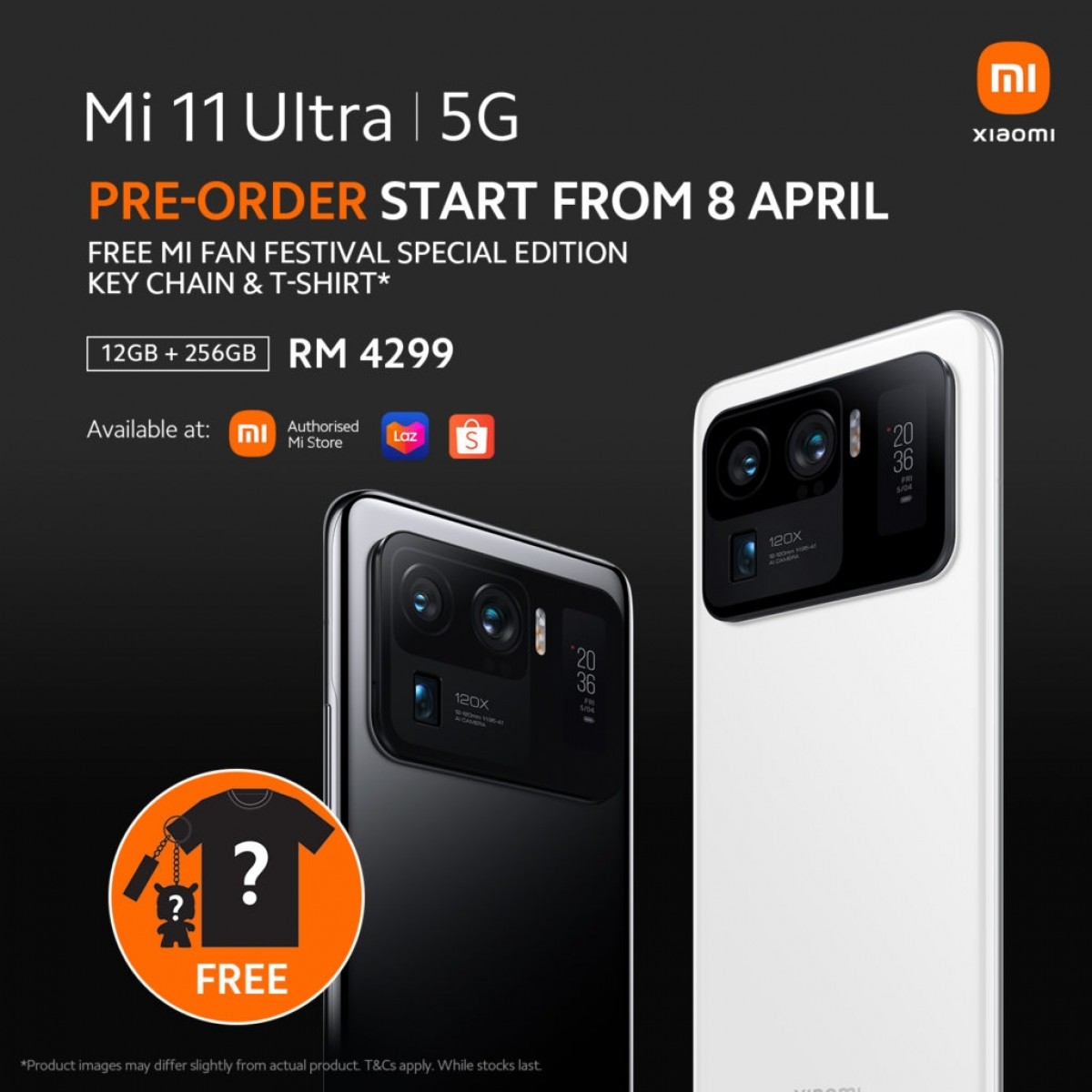 Early birds can get a free t-shirt and a keychain with their purchase. You will be able to reserve the phone at authorized Mi stores around Malaysia, as well as major online retailers Lazada and Shopee.

Meanwhile in China, the company has posted the official teardown video of the Mi 11 Ultra. We already know what’s inside, thanks to a previous video, but this one is more official-looking. It showcases the 5,000 mAh battery with 67W fast charging, the NFC coil on top, as well as the three great cameras from up close.

The vapor chamber for cooling the internals is easily reachable behind the top half of the AMOLED screen, while the fingerprint scanner is sitting lonely at the bottom part.

The phone also has some industry firsts on the inside that are not mentioned in the video like the massive 50MP GN2 sensor and the silicon-oxygen anode of the battery that allows for fast charging while keeping a thin body.

Mi 11 ultra was launched in 8th of April this year in Malaysia buy unfortunately as of today 5th of June I still not able to buy any!! Why is the stock still not available in Malaysia???

I commented on a xiaomi Netherlands page about the xiaomi mi 11 ultra would be on sale. They responded with "it is not yet available. From May 11th!" I have not found any such info about a Europe release else where

That's good to know. Thanks for that feedback. My initial enthusiasm for the Mi 11 Ultra however has somewhat waned not so much due to the tech or internals, but moreso because of price. To get the fully max'd Mi 11 Ultra 12GB/512GB the ...