rajiv, 09 Nov 2012its best phone ever but what about this ,no card slot, and no FM, is it not much needed?Well, you don't really need FM radio, there are far more radio channels on the internet, and I have a portable 3G modem, so for me internet is unlimited. But imagine that you can buy a 1$ radio anytime, it would be a PITY not to buy a phone just because it does not have radio.

The other problem, well, is the SD card, MI 2 does not have one, just 16 or 32 internal. But remember that it has usb OTG (on the go). That means that with a special cable (2$) you can plug in anything usb-like, that includes flash memory, HDD, SSD, a fan(yes, a mini fan!), a mini fridge, a keyboard, mouse, anything that works with USB. So, you will just have to carry all the time the cable and a HDD, and Voila! you have a phone with 2TB of memory :D

its best phone ever but what about this ,no card slot, and no FM, is it not much needed?

NEETU, 06 Nov 2012MYCOUSIN got a mi-2 phone last week from koraa and i thought its just some china cheap phone. ... moreyeah, man, how did your cousin managed to get his hands on one?? I've been searching for more than 6 months for a phone(and I'm not kidding, I've read hundreds of reviews) and this is PERFECT for me! And believe me I've been trying for a very long time to somehow buy this, but it is impossible! And Xiaomi is just killing me, I mean, seriously, only 50.000 units so far?! And only for China?! Please, man, please, if you by any chance have the possibility to buy some, I would appreciate A LOT if you would come back here and tell us more about how we could do the same. Or you could be the one selling them, I don't mind buying one from another person, as long as his price is reasonable.

NEETU, 06 Nov 2012MYCOUSIN got a mi-2 phone last week from koraa and i thought its just some china cheap phone. ... morecan ur cousing bring me one?

MYCOUSIN got a mi-2 phone last week from koraa and i thought its just some china cheap phone. when i opened the box the phone looks just like galaxt note 2 and is really beautiful. i m using android phnoes for years now and believe me this phone is really amazing. its got all features on s3 and is really fast. the sound qulity in headset reminds me of my car JBL sonic woofer. really happy with the phone till now and have not used i phone from a week lol

Anonymous, 03 Nov 2012Wow this is a beast Anyone knows trusted website from where I can preorder this phone?u can buy on ebay usa.

the price is 550 US dollars

Wow this is a beast
Anyone knows trusted website from where I can preorder this phone?

Josh, 31 Oct 2012Now this is going to sound ridiculous, but it just came from XiaoMi's Weibo feed. XiaoMi just ... moreno no no, thats fake.. omg?

Now this is going to sound ridiculous, but it just came from XiaoMi's Weibo feed. XiaoMi just released specs and timeline for the XiaoMi 3!! Yes, they released the 2nd model just days ago, but they're already announcing this. Apparently it is coming out next year in August. Current specs are absurd:

Again, this is NOT a joke, and as far as I know there is no April or October fools day in China.

dwayne, 26 Oct 2012Why is this phone so cheap,because it has I think 340ppi and a qaudcore and adreno 320,what's ... morethey will not export to Worldwide for Copyright Issue. They may use some pattern of Apple and Samsung!

Any one know if this support LTE? If yes is Singapore able to use the LTE? Thanks!!

Why is this phone so cheap,because it has I think 340ppi and a qaudcore and adreno 320,what's the catch! Is it sold world wide or what because wow!,for that price(is it sold in south africa)

Does anyone know SAR specs?

Latest update: At 12:00PM Beijing Time, 12:00AM US Eastern Time today (October 26) XiaoMi will announce its "sales strategy" begin accepting pre-orders for the XiaoMi 2 model. This was all stated on XiaoMi's Weibo feed just hours ago. But no one will be taking home a shiny new XiaoMi 2 today - in China or anywhere else.

Total of 488 user reviews and opinions for Xiaomi Mi 2.
ADVERTISEMENTS 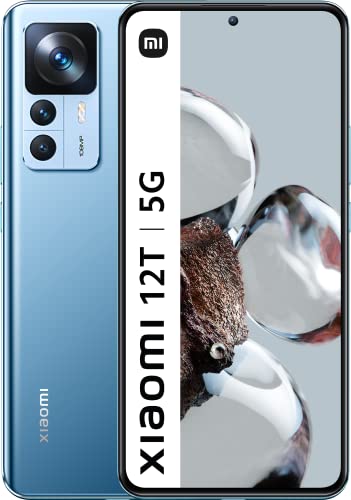