Xiaomi Mi 3 sells out in India in under 40 minutes

Xiaomi brought its lineup to India – it sold out all available units of the Xiaomi Mi 3 in just 38 minutes and 50 seconds and is already setting up for the next batch. Registrations for the Mi 3 reached 100,000 yesterday, but it's not clear how many actual units Xiaomi moved. 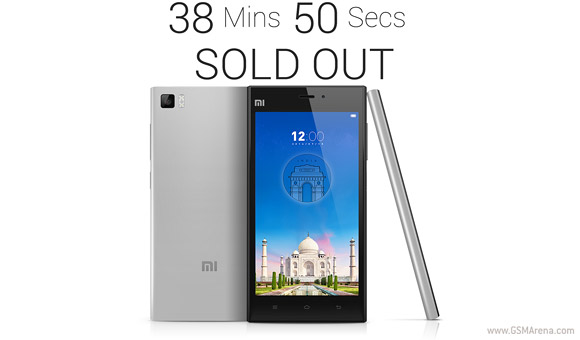 If you missed this one you can register for the next Mi 3 sale. The registration window closes on July 28, after which the phone should be back on sale.

This is a kind of publicity stunt – Xiaomi gets to announce that their phones sold out in record times as an indication of high demand, but the relatively limited availability is in large part responsible for the store running out too.

Xiaomi's pricing strategy for storage is very aggressive – the 64GB model was recently cut to just $50 over the 16GB model. Still, even the 16GB model cost $270 after the price cut, more than it's going for in India right now. It doesn't look like the next batch will have a 64GB option though.

pls tell me where is Xiaomi Mi3 Mobile & and How much Price?