Next week Xiaomi will hold an event during which it's going to unveil the Mi 4, its next flagship smartphone offering.

The phone has so far been teased by the company's execs, and at one point in the past we've seen it in a couple of blurry photos.

Today we get a new round of leaked images that are said to depict the Xiaomi Mi 4. As you'd expect, they come from China, and they bring along a few rumored specs. 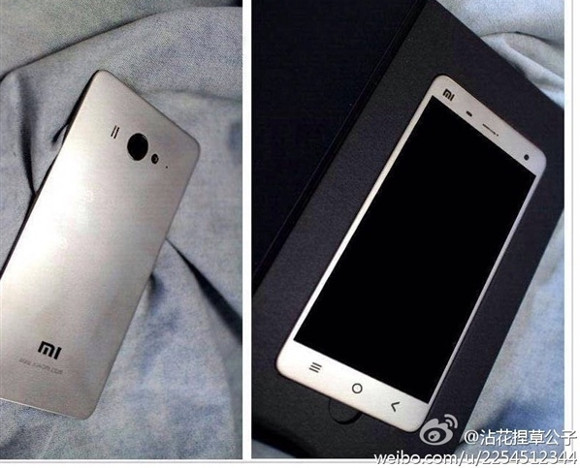 The Mi 4 could therefore have a 5-inch touchscreen with 1080p resolution, a 13MP rear camera with LED flash, and a 5MP front snapper.

It will be powered by the Qualcomm Snapdragon 801 chipset with a 2.5 GHz quad-core CPU, aided by 3GB of RAM and 16GB of built-in storage space.

All of these innards will be kept running by a battery that will be 3000 mAh or more, and the Mi 4 is expected to run MIUI v6, the next iteration of Xiaomi's interpretation of Android. It will have 4G LTE support.

As you can see, the back of the handset looks like it's made out of metal, but apparently that's not the case. It's just a material that imitates the metallic look - possibly something akin to what LG has done with the G3.

super i am waiting iwan to this mobile.....