Unboxing the Xiaomi Mi 5s Plus

Whether we unbox the most affordable Redmi, or the most expensive Mi - they would all share a similar retail package. Quite expectedly, the Mi 5s Plus came bundled with a USB cable and a charger plug.

But for our surprise there is also a nice rubber case inside to accommodate your brand-new Mi 5s Plus. It's transparent, so you won't have to worry you may compromise the looks.

Finally, a close peek on the charger reveals it's Quick Charge 3.0 enabled (18W).

The Xiaomi Mi 5s Plus design has nothing to do with the original Mi 5 and the recently launched Mi 5s. Instead of stretching one of these shells to accommodate the bigger 5.7" display, Xiaomi chose yet another unique look for its Plus size flagship.

The Mi 5s Plus uses an aluminum unibody but the similarities with the Mi 5s end here. The Plus model goes for a sturdy flat frame, which circles the perfectly flat screen glass and separates it from the slightly curved back. There are two very thin bevels for to act both as aesthetic accents and subtle borders. 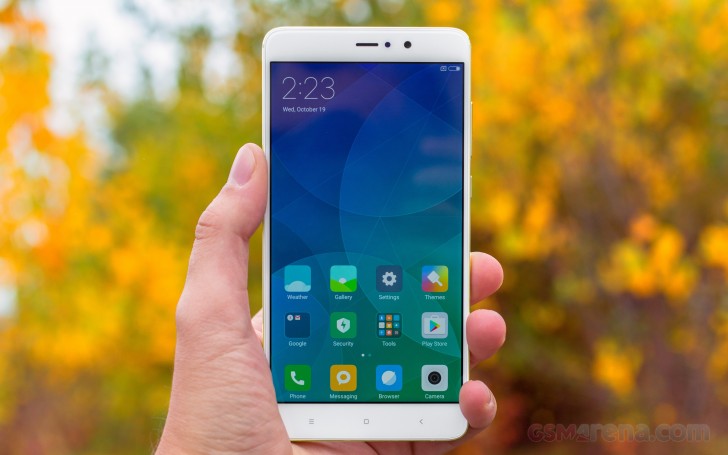 The metal back has a very nice brushed texture, but the back finish is glossy. Handling the Mi 5s Plus is a really unique experience because of that - the phone feels smooth and slippery at first, but if you move your finger slowly across the surface, you would be able to feel every detail in the texture.

Unfortunately, the plastic strips return once again to cover the phone's antennas. Those are quite prominent on the otherwise beautiful back not because you can feel the plastic, but because of the slightly different paintjob. We wish Xiaomi had used the premium looking antenna strips we saw on the Mi 5s, but that's not the case. 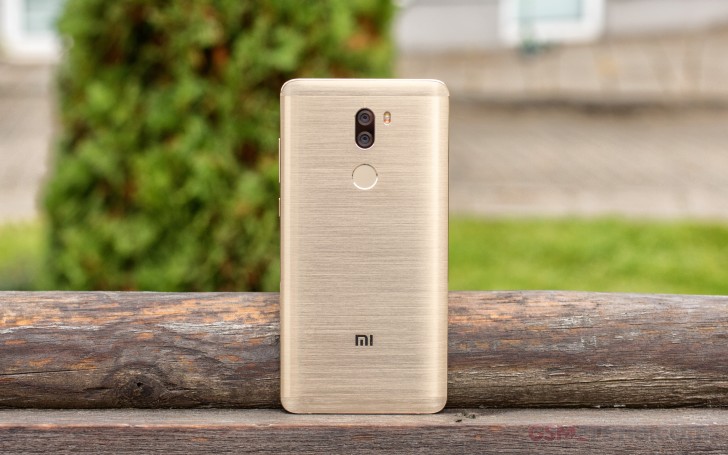 The Xiaomi Mi 5s Plus is a looker, designed and manufactured with a noticeable attention to detail. It is well built, reasonably sized given the large screen, and fits well in a hand. The grip may be compromised by the glossy finish, but the flat frame makes up for that, so there should be no worries when handling the phone.

Handling the Mi 5s Plus

Finally, we really like the dual-camera placement and black accent, as well as the round fingerprint scanner below it. The sensor is super-fast and always-on, very responsive and accurate. It isn't an ultrasonic solution, like on the Mi 5s, but a regular capacitive one - it's certainly not inferior in any way.

The Xiaomi Mi 5s Plus features the absolutely standard set of controls. Above the screen are the earpiece, the 4MP selfie camera, and a couple of sensors. Below the 5.7" IPS display are the three capacitive Android keys with white backlighting.

The left side of the Mi 5s Plus has the ejectable SIM bed, which can house up to two nano-SIM cards. The volume rocker and the power/lock key are on the right.

On top of the Xiaomi Mi 5s Plus we find the audio jack, the second mic, and the IR blaster. Those of you who've missed it on the the regular Mi 5s - well, there's your chance.

The USB Type-C port is at the bottom, flanked by two grilles - one for the primary mic and another one for the loudspeaker.

Finally, the new 13MP dual-camera setup is on the back, complimented by a dual-tone LED flash. The fingerprint scanner is here, too, positioned exactly where your index finger should rest.