Next Tuesday, on September 27, Xiaomi is set to unveil its latest flagship smartphone, the Mi 5S. This has been in the news a lot lately, as you'd expect, and earlier today we got official confirmation that it will sport a dual rear camera arrangement. So about that - wondering what a picture shot with the Mi 5S' camera would look like? Great, because as luck would have it, Xiaomi CEO Lei Jun outed the first ever camera sample for the Mi 5S on his Weibo account today. Here's that image (click on the thumbnail for a bigger version). 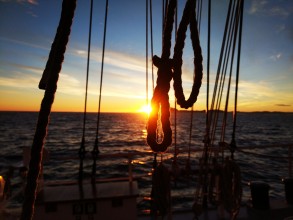 It looks great, of course, because official camera samples from phone makers always look great. The EXIF data reveals it was shot with f/2.0 aperture, ISO 100, and 1/750s shutter speed. Oh, and the camera name field lists "Mi 5S", so this seems set in stone as the handset's moniker now.

The Mi 5S will have some top of the line features, including being powered by Qualcomm's Snapdragon 821 chipset and having an ultrasonic fingerprint scanner and a pressure-sensitive display. All of these things might make you think it will be incredibly expensive, but this is Xiaomi we're talking about.

And according to a couple of allegedly leaked slides, the Chinese company will continue to be the 'value for money' champion we've known so far. The 5S will reportedly retail for CNY 1,999, meaning about $299 or €267 at the current exchange rates. For this amount of cash you'll get the SD821 chip, 6GB of RAM, and 64GB of storage.

there is no OIS, no IR, no GLASS BACK-PANEL(one of the most costly part) in mi 5s, so pricing can be near current mi 5..

Should be announced yet at this time...usually it's around midday.But you'll hear the noise at many gadget sites naturally...;-))

Yeah something is definitely fishy with the pricing.