The Xiaomi Mi 6 is now official and it turns out most of the rumors were true. The smartphone is powered by the latest Snapdragon 835 chipset and comes with dual cameras on the back.

And while it's not new for Xiaomi to focus on bringing the bleeding edge of tech but this time there's also a huge emphasis on build quality and design. The Mi 6 has curved glass on the front and back with a stainless steel frame in between that has a polish which takes 12 days and 40 processes to achieve. Xiaomi stresses the alignment of the controls, the SIM tray and the antenna lines, quoting a new Aligned Design Concept.

There's also an exclusive version with ceramic back and 18K gold rims around the two cameras akin to the Mi Mix 18K. 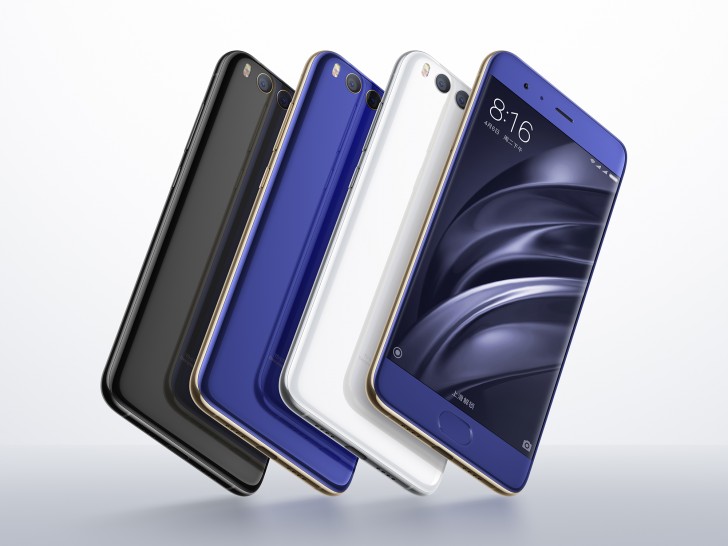 There is a dual-camera setup on the back that sits flush with the surface without a hump. The setup comprises of two 12MP cameras, one being a wide angle one and the other a tele similar to the Apple iPhone 7 Plus - there's a Portrait Mode too. There's 4-axis optical stabilization to keep things steady from the wide-angle 12MP camera.

The Snapdragon 835 chip comes with 6 gigs of RAM, while storage is either 64GB or 128GB. The screen has retained its 5.15" size and 1080p resolution. The 3.5mm headphone jack has been axed but Xiaomi has added stereo speakers as a saving grace and there's splash resistance.

There's a large 3,350mAh battery inside the Mi 6. The fingerprint scanner is embedded under the home button on the front.

They don,t sell on aliexpress.only resellers sell there.they buy for 360$ and sell people like you for 500$ and get profit from nothing

They don,t sell on aliexpress.only resellers sell there.they buy for 360$ and sell people like you for 500$ and get profit from nothing