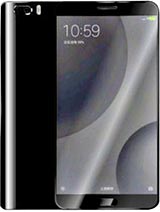 Only problem is mi phone do not release quickly.

Why did they cancel the Plus version ?
Need at least 6 inch screen on today's 18:9 design

I have used the original Xiaomi Mi 6 for some time; now its my wife's phone she love it as much as I did and it is still going strong. I now have have HTC U11 and a Apple iPhone 8 Plus. I miss the battery life on the Xiaomi Mi 6, the U11's battery life is horrible. The international version of Xiaomi's MIUI it the BEST (loved it) second only to IOS and in many ways better than IOS. HTC U11's android oreo skin implementation is a NIGHTMARE. Go Xiaomi!! I have never been to China and DO NOT read a word of Mandarin.

Anonymous, 23 Aug 2017I don't know if this device will be released with this specs and with this name but Xiaomi's b... moreObviously, It's just rumored, and some of the components on your phone is made in China, So what's your issue with that??? Racist... Not all from China are Non-durable, They produce and make greater innovations on technology.

I don't know if this device will be released with this specs and with this name but Xiaomi's big problem is that most of their devices are made only for the Chinese market and rarely get any kind of global updates.
Last year's equivalent, the Mi5S Plus is still running on Android 6 and that says it all.

Positive thing of having FullHD with Snapdragon 835 is that the GPU Performance will be much better and probably also better for the battery-usage.

Vic4BBM, 03 Jun 2017Flagship device is suppose to be for a those people who are power users and need to have uncom... moreDisagree (partially) with the opinion.
When purchasing a high end phone, I'll expect it serves MORE (with extra features). If mid/low range has it, why it is missing from high end?

Yup, there is option to use USB for headphone jack. But the FM radio is MISSING forever (online radio can't replace it).

what's with the shitty pixel density? my lg g2 has 447. Wtf?! and no card slot really? pff garbage.

Hi, when this is going to be released, any info please!

Anonymous, 22 Jul 2017Monalfin, are you day dreamer? Where you found 22 MP camera on Mi 6 plus? Where you found batt... moreAtleast this website help many people a lot. One mistake its fine. Everyone does mistake sometime

Hi ,
can any one help me when this is going to be released in India.

AnonD-680114, 09 Jul 2017http://androidtreasure.com/xiaomis-new-flagship-with-snapdragon-8xx-chip-3d-glass-chassis-huge... moreMonalfin, are you day dreamer? Where you found 22 MP camera on Mi 6 plus? Where you found battery 4000mAH? Do not just bluff. Before you put your article, check properly.

weeebooo, 03 Jul 2017I don't think this will come soon. this phone has been expected on april, and its july now. ... moreIt didn't come out due to snapdraagon 835 shortage.

Various sources state that it will be announced this summer. Probably this month. We'll see.
Moreover, the leakster believes that we would get to see the unveiling of the Xiaomi Mi 6 Plus, Xiaomi X1 and MIUI 9 ROM in this month.

I don't think this will come soon.
this phone has been expected on april, and its july now.
this could have been pretty good phone for xiaomi users.

Total of 85 user reviews and opinions for Xiaomi Mi 6 Plus.
ADVERTISEMENTS