Xiaomi Mi 9 leak reveals all of its specs, including 48 MP main camera and 32W fast charging

We have recently heard that Xiaomi's upcoming Mi 9 would sport a triple rear camera setup, and now a new leak of out China gives us a purported full list of the device's specs.

Let's start with the camera system on the back, in fact - yes, it's triple, but maybe not in the way you were expecting. The handset will allegedly sport a 48 MP main shooter (using Sony's IMX586 sensor), alongside a secondary 12 MP cam and a 3D TOF camera.

The Mi 9 will have a 6.4-inch 19:9 FHD+ AMOLED display with a water drop notch housing a 24 MP selfie snapper with the Sony IMX576 sensor. Actually its front will apparently be very similar in looks to the OnePlus 6T. On the other hand, the back design will resemble a Huawei P20 Pro, especially when it comes to the camera arrangement - so one big island with two shooters, then a smaller island underneath with another cam, and under that the LED flash. All of these will be aligned left, which is pretty standard for Xiaomi (the Mi 8 does it like that too, but obviously only with two cameras). 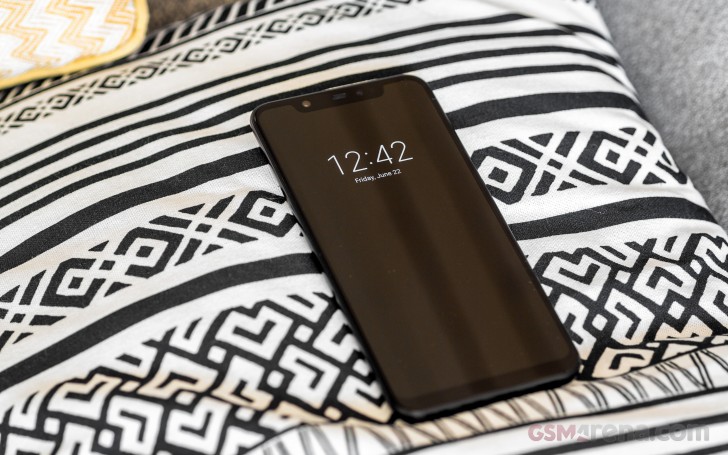 The phone will unsurprisingly be powered by Snapdragon 855 SoC, with the X24 LTE modem (the most capable Qualcomm's ever made). RAM + storage combos will start at 6 + 128GB, and this entry level model will allegedly be priced at CNY 2,999, which at the current exchange rates means $436 or €383.

The fingerprint sensor will be of the under-display variety, and the Mi 9 will run Android 9 Pie with MIUI 10 on top. It will have a 3,500 mAh battery with 32W fast charging but no wireless charging support unfortunately. The phone's dimensions are said to be 155 x 75 x 7.6 mm. It should become available in March, so an announcement at MWC in late February seems very likely.

As with any unconfirmed rumor, don't forget to take all of these specs with a pinch of salt. That said, every item in this list seems entirely plausible to end up inside the Mi 9, but we'll have to wait and see if other leaks will confirm this information in the future, so stay tuned.

I pray for IP68! Than it'll be total gravedigger!

the picture says it's from Mi 8, I don't think there are pictures of Mi 9 yet, at least not official

We Android Truthers / Users / Fans stand for having STANDARD essentials on every smartphone, irregardless of price.