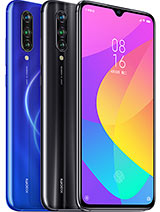 Initial basic review from Australia on Optus 4G network.
Phone is spectacular so far:) Delivered in sealed plastic wrap with included clear TPU case as specified by Xiaomi.
Charged to 100%, chose not to use Mi apps, ads or launcher. Using Evie launcher. Language setup gave English (United States) for '$' sign, even though Aussies use the UK spelling of words. Easy fix for that using another keyboard such as SwiftKey with Australia downloaded and US disabled... then when I type Sydney Har... Harbour is shown as it should be.
So far loving the phone. Full 120+ app restore alongside everything else, updated to MIUI 11.3.3 (droid 9 still) and full system update 100% battery down to 80%.
Clear beautiful amoled display. High brightness. Initial finger print setup was not as expected. Went to settings and did it again moving thumb position gradually. Did it four times over four print profiles. 2x right thumb and 2x left thumb. After that the scanner may require a slight hold, it's not always instant press, but it should unlock no worries.
After lock, the display fully sleeps after a few moments. On any movement it shows the fingerprint unlock image on screen, fantastic!
Storage wise, after all 120+ app installs, MIUI 11.3.3 update and all system app updates I was left with 10.61GB on the system storage partition and 105.92GB Available overall out of the 128GB total. Apps @ 10.89GB, no pics, no audio, 120mb cached data and 457.31MB other files.
For sound I tested YouTube with Metallica "That Was Just Your Life". It's loud enough but at max volume emits the usual hiss. I'd say it's not as good a high level volume as previous phones I've had but I usually don't sit there and listen to Metallica through the phones speaker. If I'm doing something and can't wear headphones and don't have another device then I would sit the phone down on a good surface, sometimes within a tube to give extra effect, though with this phone it isn't going to blow my mind and none really did before it. It's loud enough in reality.

Time will tell for a follow up basic review with general usage, screen time YouTube and the kids versus the battery. So far, happy chappy :D

First time i`m using another brand than Samsung.
I was very curious about Xiaomi but it`s working just fine.
Having some trouble while playing music from Spotify using the phones speaker.
Att lower volume it`s sounds like crap. Playing youtube videos or streaming Netflix it`s working as it should.

Hi
All i want to know is that will Xioami launch any phone using Snapdragon 710-712 in India, No phone till date that has been launched using this chipset in India. This could be a successor to Mi A3 as Mi A4. Xioami should think on this seriously as this chipset has proved its success for Realme & Vivo till date, hence can be used by Xioami as well.
Please do share your comments on this.

Does this phone support widevine l1 for HD Netflix?

Nicky M, 08 Nov 2019I use the same version like yours. Go to setting, find AWB setting and set to google. And rebo... moreI already had same experience as you, also about screen preview. But it is unstable. Sometimes tinted preview appears for only a second, while the shot is processed and saved, sometimes there is no tinted preview at all. I can´t figure out what makes the difference. But the tinted pics seem to be permanently gone. - except that Google WB always gives a slightly different result than normal AWB. It is a matter of personal taste if you like it or not. For me, the AWB of the stock Camera looks more natural. Overall, Gcam pic quality looks better, but not overly impressive, as I had hoped.

Darkfall82, 10 Nov 2019I'll be reviewing this phone when it arrives via post. I'm in Australia and it has all the 4G ... morewaiting for your review mate, good luck!

What about the GPU 640 or 616, in webbsite it say Processor
Qualcomm® Snapdragon™ 710
Octa-Core Processor
10nm process, up to 2.2GHz
Adreno 640 graphics processor

Shiningstar, 10 Nov 2019try again without screen protector or tempered glass.. It's fixed now after I restarted my phone but thanks for your suggestion

I'll be reviewing this phone when it arrives via post. I'm in Australia and it has all the 4G network bands my provider utilises. Redmi Note 8 Pro does not have all the bands my network can use. Mi 9 Lite has AMOLED screen for stronger sunlight usage. That's about it really, besides the Qualcomm Snapdragon 710 is more power efficient per cycle. I want power for general usage not a few games.

Rupzz, 09 Nov 2019Friends I have a problem with fingers lock i set only one finger lock but it is unlocking with... moretry again without screen protector or tempered glass..

Friends I have a problem with fingers lock i set only one finger lock but it is unlocking with all fingers even other person finger are working . Help me give any solution please

bjomul, 05 Nov 2019I have seen some people here have said Mi 9 Lite works with GCam. My experience is it works te... moreI use the same version like yours. Go to setting, find AWB setting and set to google. And reboot your device. It will get rid of tint color of your pic result. But after you taking pic, screen preview still have some tint volor. But as long the result dont have tint color, it doesnt matter.